Green Stream Homes of Iowa could begin construction this year on apartments, duplexes and independent living facility in Webster City 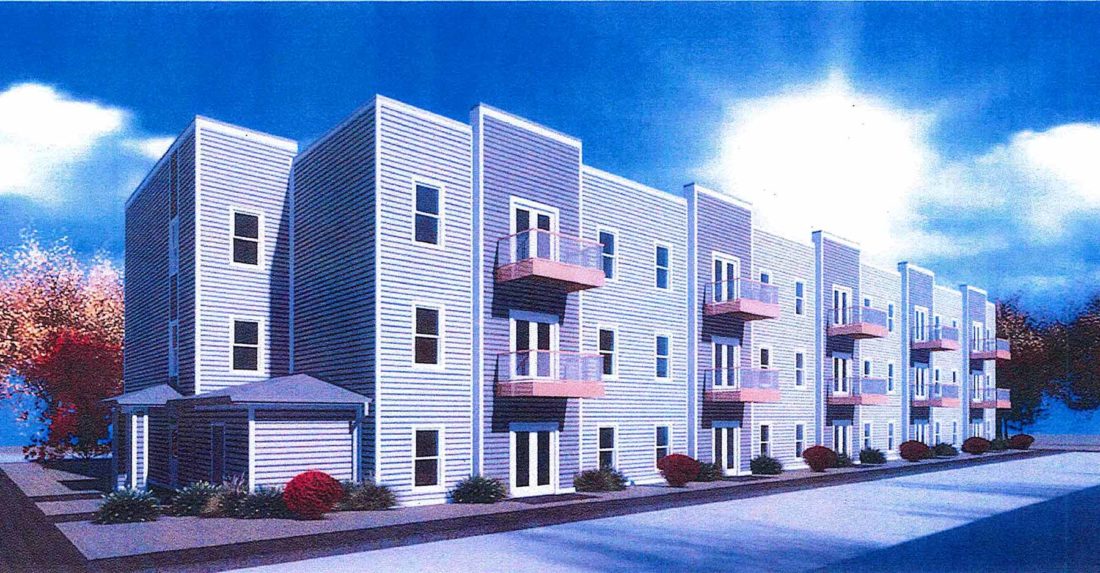 -Submitted graphic
An artist's rendering shows one of the two 30-unit apartment complexes planned for the south side of Webster City.

WEBSTER CITY — Construction of a 30-unit apartment building, some duplexes and an independent living facility for senior citizens could begin on the south side of Webster City this year as a result of City Council action Monday.

The council voted 4-1 to approve the construction of what’s called a planned unit development between Van Diest Medical Center and Edgewood Drive.

The completed development will include two 30-unit apartment buildings, 64 duplexes and the independent living facility. Long range plans call for building an assisted living facility and a nursing home in the area, too.

“We just think this site is awesome for this use,” said Dave Walters, owner of Green Stream Homes of Iowa LLC, of Des Moines. That company is behind the development.

Not everyone at Monday’s council meeting agreed with Walters’s assessment of the site, however.

“Why do you have to have all the apartments facing Edgewood Drive?” Jeff Severson asked.

Severson proposed placing the apartments at the south end of the development and moving the duplexes or townhomes to the Edgewood Drive area. He said the homeowners there would not object to the duplexes.

Rasmussen also predicted that property values will go down because of the presence of the apartments.

“We have the direct affect on our homes and property values that none of you have,” he told the council.

Gerald Oates, also of Edgewood Drive, told the council he didn’t want to wake up every morning and look at apartments across the street from his house.

Oates acknowledged that Webster City has a housing shortage.

“I’m just not so sure that the apartments are going to satisfy that,” he said.

Carol Schlotfeldt, of Edgewood Drive, make a direct request of the council members.

“This is not my idea of what the neighborhood wants to look at,” she said. “Move this so we don’t have to look at it.”

The apartment buildings were the only aspects of the development that drew public criticism Monday evening.

Councilman Logan Welch said he’s not sure what his response would be if the apartments were proposed for a site across the street from his house. But he said Webster City needs housing, and the planned development helps to meet that need.

“It is fulfilling a need and I hope the plan is fulfilled as projected,” he said.

Green Stream Homes of Iowa will extend Fair Meadow Drive to Edgewood Drive and build two other streets. The total cost of the infrastructure the developer will build is estimated at $1.6 million.

Walters said construction will begin on one apartment building, four to six duplexes and the independent living facility this year.