Back from the bottom

-Messenger photo by Chad Thompson
Ashley Vaala, of Fort Dodge, stands along North Eighth Street, an area she used to frequent when she was homeless. 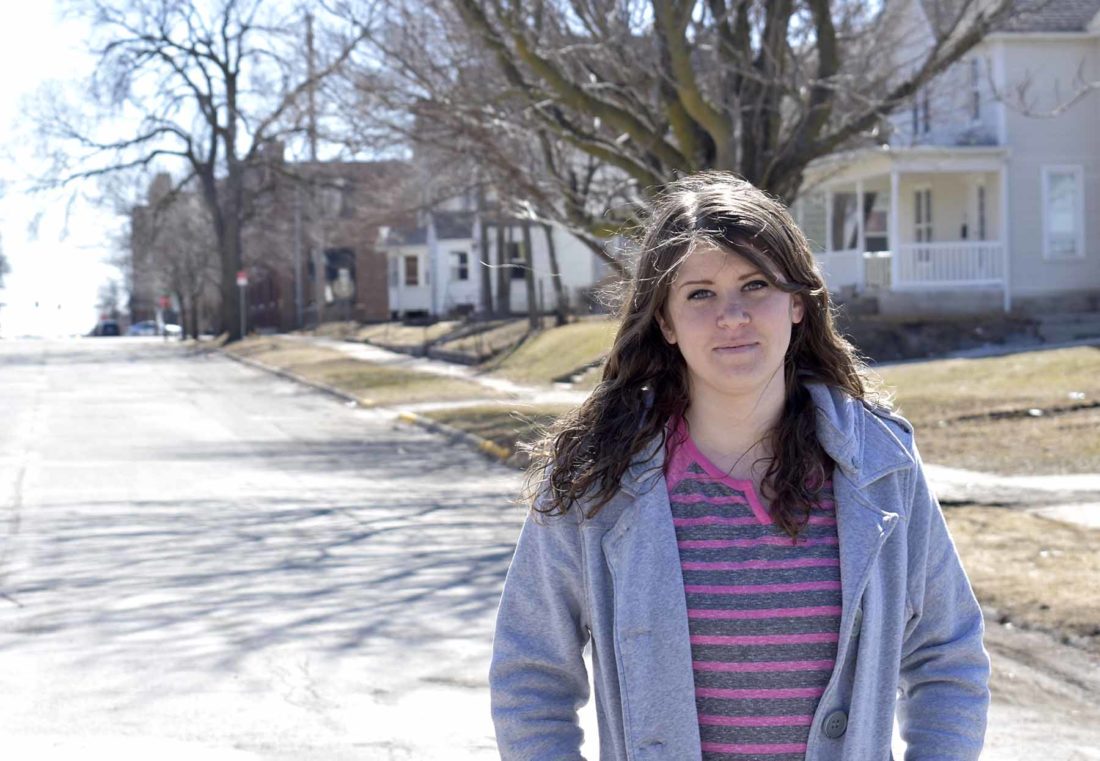 Ashley Vaala learned to cook meth when she was 15.

“It was not uncommon to be sitting at the kitchen table using drugs instead of eating dinner during my teen years,” Vaala, of Fort Dodge, recalled. “It became a calm and normal thing for us to do.”

She spent part of her childhood growing up on a farm outside of Moorland before moving to Fort Dodge for her sixth grade year.

In Fort Dodge, she lived with her mother, stepfather and two brothers. 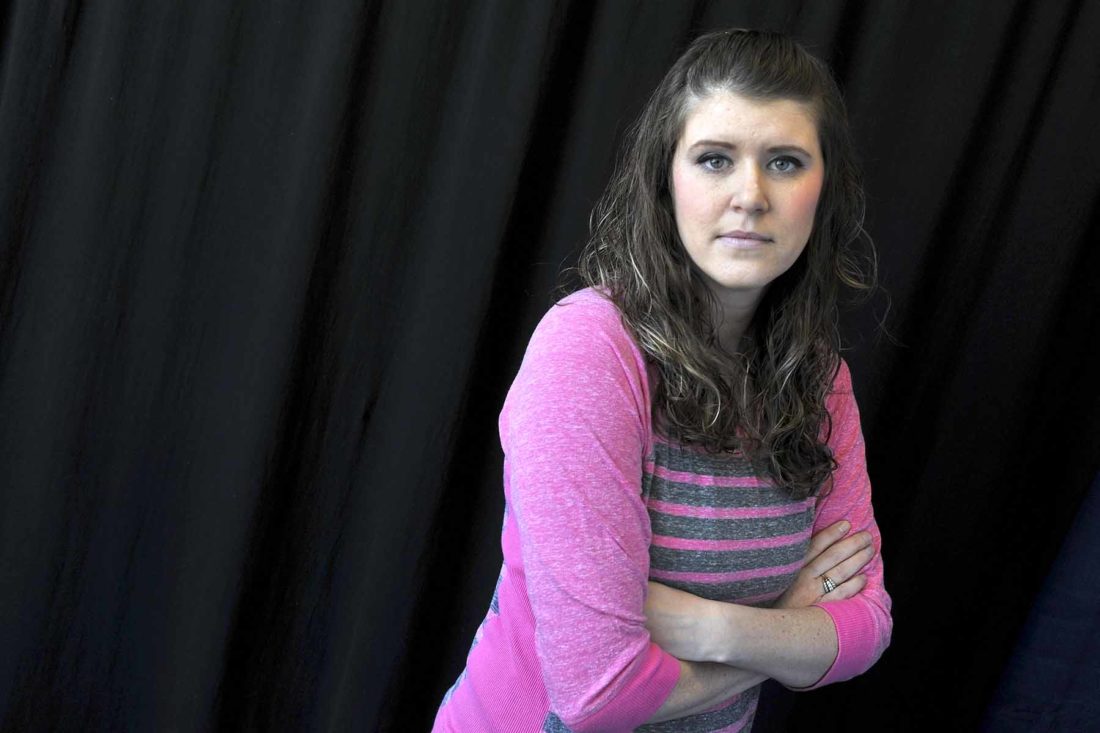 It was a lifestyle that would eventually land her homeless in Fort Dodge for about two years as a young adult.

Before experiencing homelessness, Vaala spent time in and out of the juvenile system throughout her teen years.

“There was a lot of reckless behavior,” she said. “I put my life in danger a lot of times.”

Those choices impacted her education.

“I had to leave Senior High and went to Manson school for a time and Manson is when I really got into drugs,” she said. “I was barely going to school.” 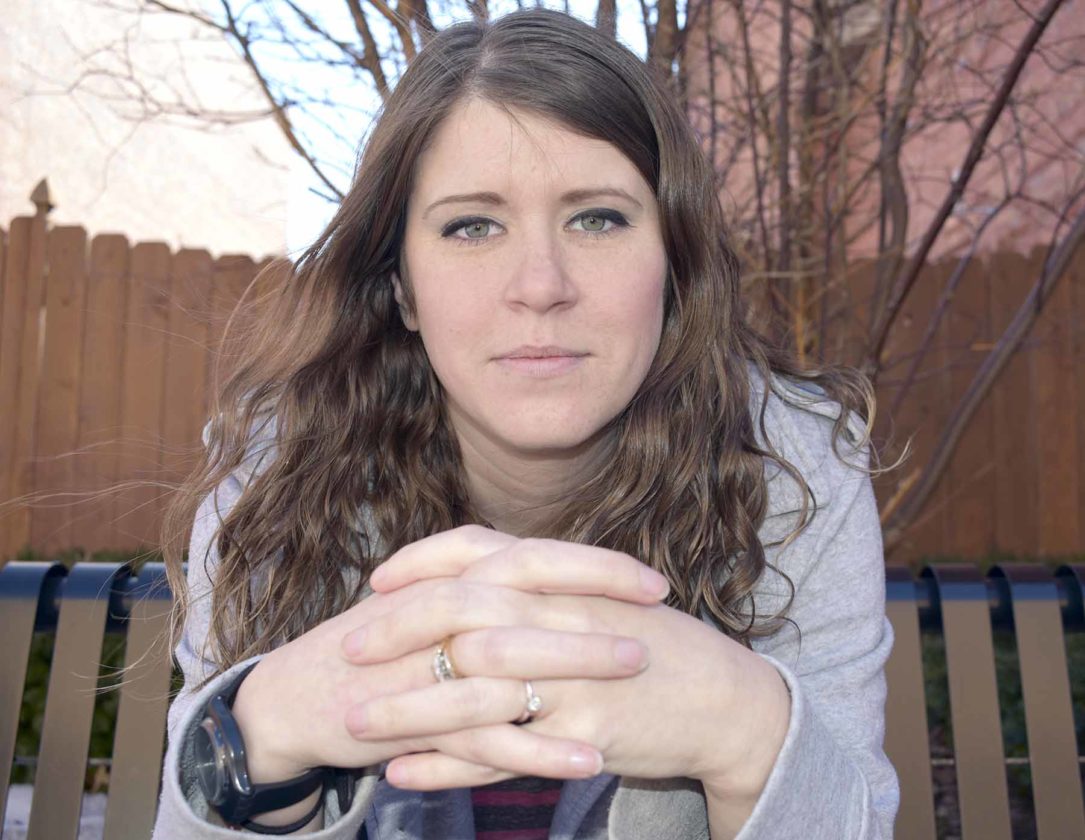 She said the program was unsuccessful for her.

“When I got out of that I was still back in a home with drugs, so it didn’t take long to pick that back up,” she said. “My senior year was several attempts to get sober, but sober was a world I didn’t know much about.”

Despite her addiction, she graduated from FDSH in 2003. 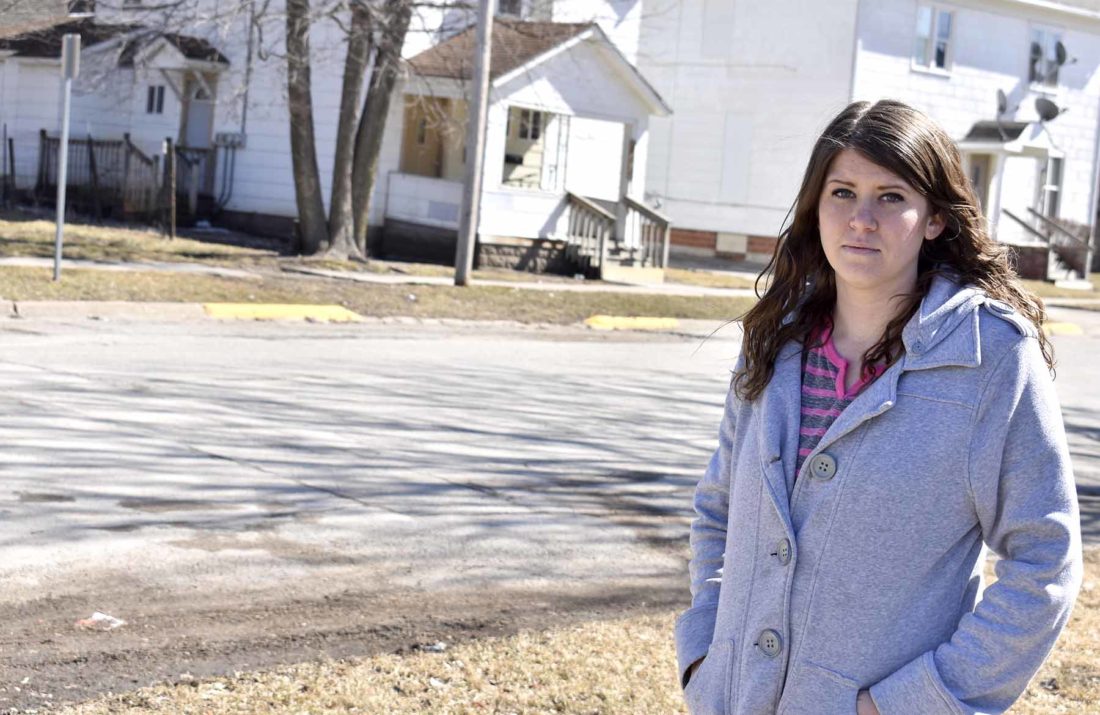 -Messenger photo by Chad Thompson
Ashley Vaala, of Fort Dodge, stands along North Eighth Street, an area she used to frequent when she was homeless.

• After high school, Vaala pursued a college education at La’ James International College for massage therapy, but she never graduated.

“I became involved in a very dangerous and violent domestic abuse relationship,” she said.

In one instance,Vaala hurt her hand during an altercation. It required surgery and she dropped out of La’ James the month she was scheduled to graduate in 2004.

That same year she experienced an even greater loss.

Then her boyfriend was sentenced to prison.

That’s when Vaala found herself without a permanent home.

Although she had been involved in an abusive relationship and was addicted to drugs, she said the cause of her homelessness was the loss of her mother.

“It was the loss of my support system,” she said. “My mother had died.”

She added, “I grew up in a dysfunctional world and she understood that world. I knew the world with her. Other supports in my life — they were an entire world away from me. I just didn’t fit there. I just felt this nagging feeling that I wasn’t where I was supposed to be. I went back to what I knew and, unfortunately, I was homeless.”

She had experienced deep depression the year prior after opening up about past traumas. Vaala told her family that she suffered from physical and sexual abuse growing up.

“I had a lot of rejection from that,” she said.

“I watched my mom for that year before she passed away, basically wither away,” Vaala said.

She added, “So it wasn’t just the drug addiction and the abusing relationship, it was losing my support system and trying to deal with all of this pain — I was trying to balance all of these traumas.”

While homeless, Vaala would go multiple days without eating. She spent some nights sleeping on front porches.

Much of her time was spent just north of downtown Fort Dodge.

“I was in this underworld where I would go from drug house to drug house,” she said. “I did sell drugs to sustain my habit, but I didn’t have a stable home of my own. Nobody is really a trustworthy person when you’re an addict. You can justify things if you’re an addict that you wouldn’t if you weren’t completely engulfed in that.”

Her grandmother and her dad’s side of the family tried to help her.

“They continued to try to get me treatment, even committing me, but I would just leave,” she said. “I wasn’t ready to change.”

During that time, she saw others with no place to go.

“There is a lot of homeless people in this town that we just don’t see because they’re not sleeping in cardboard boxes outside,” she said.

“There is definitely a lot of people who were in my situation who don’t know where to go.”

• Now Vaala is leading an effort to open a shelter for homeless women and their children in Webster County.

The shelter, called Lotus Community Project, is anticipated to open in the coming months.

It will be open to any woman, single or with children, in the Fort Dodge and surrounding area. The shelter will cover six counties: Webster, Hamilton, Humboldt, Wright, Calhoun and Pocahontas.

Lotus differs from other services in the area. The Beacon of Hope Men’s shelter does not accept women and some women do not fit the criteria for the Domestic/ Sexual Assault Outreach Center shelter.

Vaala said Lotus would serve as a catch-all for women and children who otherwise would have limited options.

The Lotus Community Project is in the process of obtaining its 501(c)3 designation, which would secure its status as a nonprofit organization. In the meantime, the organization is partnering with St. Olaf Lutheran Church, which is accepting donations on behalf of Lotus.

Lotus has a contract with Webster County, which allows the organization to provide peer support.

“It’s already a service we would be doing,” she said. “Basically, it’s allowing us to go into the home before they become homeless to prevent it.”

She estimates her organization has helped about 30 people find shelter within the past year.

A majority of those helped have been single women, she said.

Regardless of why someone is homeless, she wants to do something about it.

• Before Vaala could help others, she had to help herself.

In October 2006 she was arrested for possession of a controlled substance in Webster City, according to online court records. But those charges were later dropped.

She continued her habits until March of 2007 when she was arrested on drug charges again, this time in Ames.

That was the last time she used meth.

“When that arrest happened I was becoming more aware of just being tired of being homeless and I felt really stuck,” she said. “Stuck in the mud.”

When she was released, she committed herself to outpatient treatment for four months.

At 21, Vaala took her first sober job at a Pizza Hut in Ames. Four months into sobriety, she became pregnant. She knew then that she wasn’t going to use meth again.

“When I knew it was done is when I became pregnant,” she said. “I just knew I was never going to do that again.”

The indictment came as a shock.

“I had no idea it was coming,” Vaala said. “I was pregnant, doing the best I could, and in my eyes I didn’t deserve it.”

“When the feds actually came to pick me up it was on the one from Webster City,” she said. “It was all on one conspiracy.”

Consequently, she was sentenced to a five-year mandatory minimum.

“I was heartbroken and defeated,” she said.

She would go on to serve four and a half years in prison, leaving her young son behind.

“I can’t express how unnatural it was,” she said. “I had to try to forget that I had a baby because if I focused on him, my pain and grief consumed me.”

She served three years of her sentence in Pekin, Illinois, and a year and a half in Victorville, California.

Prison became a time of healing and reflection for her.

“I let go of so many things,” she said. “I guess I fit in there and we all kind of took care of each other. For me, prison was transformative and healing.”

• In 2012, Vaala was released. Ready to start over, she located in Waterloo for a time.

There, she met Travis Vaala, whom she later married. Together they have a 2-year-old son.

She reconnected with her other son, who was 5 at the time.

Vaala has since returned to Fort Dodge, where she has lived for the past four years.

“It feels good to break the cycle,” she said, “and to be able to kind of heal to be there for my kids like nobody was there for me. My kids won’t have to go through what I went through.”

Most recently, Vaala provided peer support at the Fort Dodge YWCA and at UnityPoint Health — Berryhill Center. She last worked for Berryhill in April 2017.

Through her work, she has witnessed others who have struggled with homelessness for reasons not limited to drug addiction.

“Homelessness does not discriminate,” she said. “It happens to people we would never expect, every day.”

She sees their struggles.

“I’ve repeatedly seen women going without shelter, sleeping in the police station lobby, walking around Walmart for hours to stay warm,” she said. “I really can’t describe the feeling I get when I see a woman or a family in distress like that.”

Her outlook on life has changed.

“The world I knew then is not the world I know now,” she said. “There is an underworld. When I walked outside at that time in my life I saw addiction and the people that I knew. The people I know now, now that I am sober and have been sober for 11 years, I see the world much differently.”

The path to a sober and stable life didn’t come easy.

“To change from what I was to what I am now, I had to change every single thing about who I was and that is very intimidating when you are a very broken person,” she said.

She has forgiven her mother and herself.

“I understand why we went through what we did,” she said. “I often wonder who she would be today.”

Homelessness by the numbers

Data from the Institute for Community Alliances

In Webster County, it’s estimated that about 320 people become homeless every year.*

In a recent study, three unsheltered homeless people were found in Webster County on one night in 2018. Twenty-four were in transitional housing, while 74 were in emergency shelters.*

For more information or to donate, find Lotus Community Project on Facebook or contact Ashley Vaala at 319-429-4955 or by email avaala@lotuscommunityproject.org.

What: Lotus Goat Yoga, a fundraising event for homeless women in the area.

How it works: Baby goats are used while participants practice their yoga poses. The baby goats jump on people’s backs during the session.