For the love of kringla

Husske is a man of many talents

-Messenger photo by Peter Kaspari LeRoy Husske prepares to take a bite out of a kringla that he made recently. Husske has become known as someone who bakes kringla and gives them out to everyone.

-Messenger photo by Peter Kaspari LeRoy Husske looks over a painting in his home that he had painted. Husske has many activities and talents that keep him busy, including painting and singing. 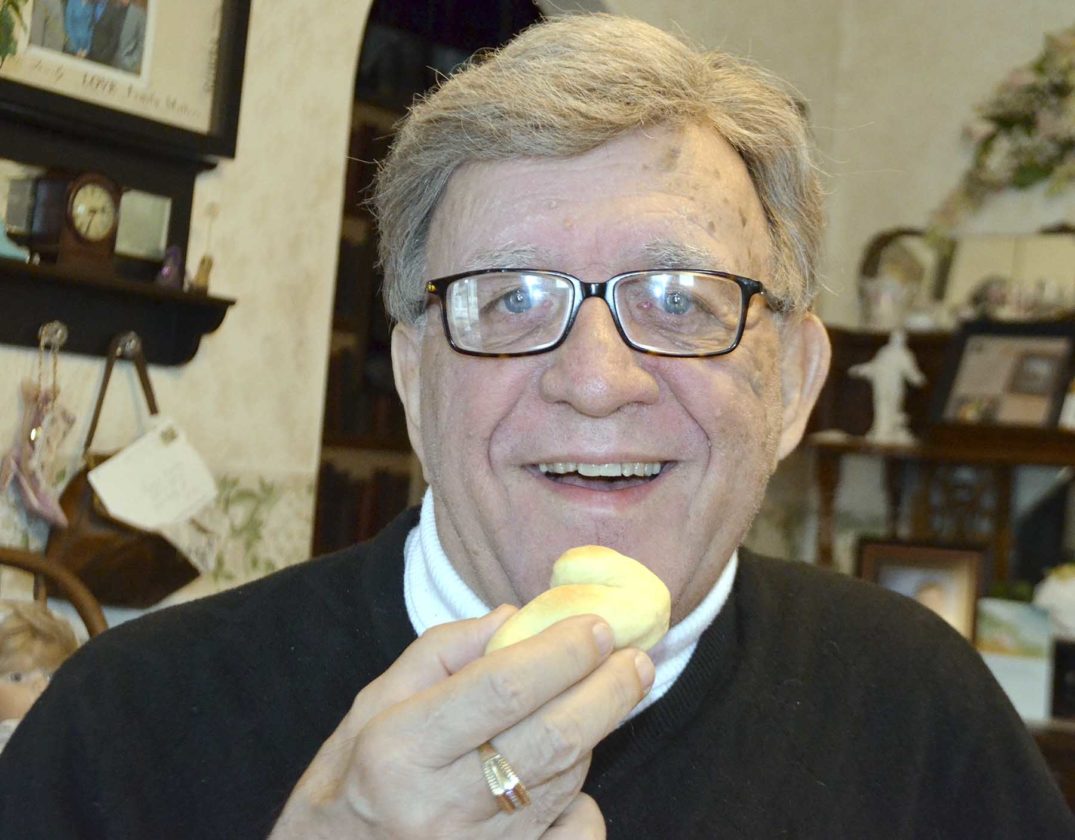 -Messenger photo by Peter Kaspari LeRoy Husske prepares to take a bite out of a kringla that he made recently. Husske has become known as someone who bakes kringla and gives them out to everyone.

LeRoy Husske is a man known for many talents.

But perhaps his most interesting one is as a kringla baker who gives pastries to his friends.

For years, the Fort Dodge man has been baking the Norwegian pastry and both giving away and selling it.

It’s all thanks to his late wife.

“My wife was Norwegian,” Husske said. “She loves to make Norwegian food, but she didn’t like to make the kringla, just because of the figure eight. She just struggled with it when she made them. She put a gob of dough on the board and smashed it with a glass and baked it.” 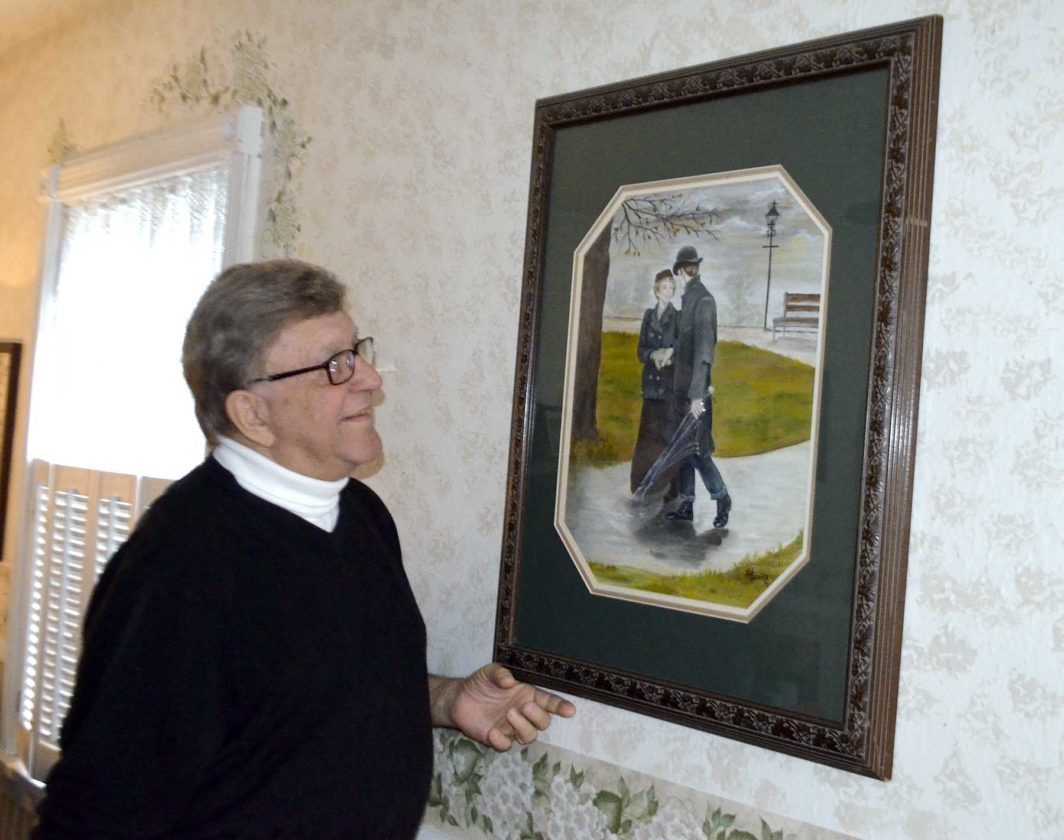 -Messenger photo by Peter Kaspari LeRoy Husske looks over a painting in his home that he had painted. Husske has many activities and talents that keep him busy, including painting and singing.

Because kringla was the one Norwegian food his wife couldn’t make, Husske said he decided to take it up.

With the help of a recipe provided by Brenda VandeBerg, Husske soon developed a knack for baking the pastry.

Soon afterward, he decided to start giving them to his friends.

But what led to him deciding to give them away?

“I think I started giving them away just because it was fun,” he said.

And he doesn’t just give them away; sometimes he even sells them.

How do people know about Husske and his talents?

“It’s just word of mouth,” he said. “People find out about them.”

But Husske also bakes kringla, because, in his words, it’s “therapeutic.”

The kringla itself also helps some of the people he gives it to.

“I have had elderly people tell me that when they have to take a lot of medication, that they (kringla) soothe their stomach,” he said.

But baking kringla is just one way Husske keeps busy.

He also serves as a hospice volunteer, and has plans to start a music ministry at Friendship Haven in the Journeys memory support program.

“I took a course at the college for one day about Alzheimer’s and dementia,” Husske said. “And I didn’t know that there were 70-something different kinds, but they’re all reached with music.”

He decided to team up with his daughter, Tammy Ireland, of Fort Dodge, to create the ministry.

Husske’s singing talents also carry over into his involvement in a variety of choirs. He’s a member of the Holy Trinity Choir, the Unity Singers, First Covenant Church Choir, and the Sonshine Singers.

In addition, he also volunteers as a funeral singer.

His talents don’t stop there. He is also an artist who has paintings in 11 states.

Former Gov. Terry Branstad even bought some of Husske’s paintings.

He also donates his paintings to places such as the Domestic/Sexual Assault Outreach Center, cancer benefits, Friendship Haven and his church.

Husske is also a Christian and credits God for his talents.

“I’m a Christian, and my favorite way to pray is with music,” he said. “Every time I sing a song, I don’t just sing it because I’m singing it. I’m actually praying that song.”

The same is true for his artwork.

“I dip my brush in the paint and the Lord guides my hand,” he said. “And that’s really true. I have never had any formal training.”

Husske said he gets up every morning with a song in his head.