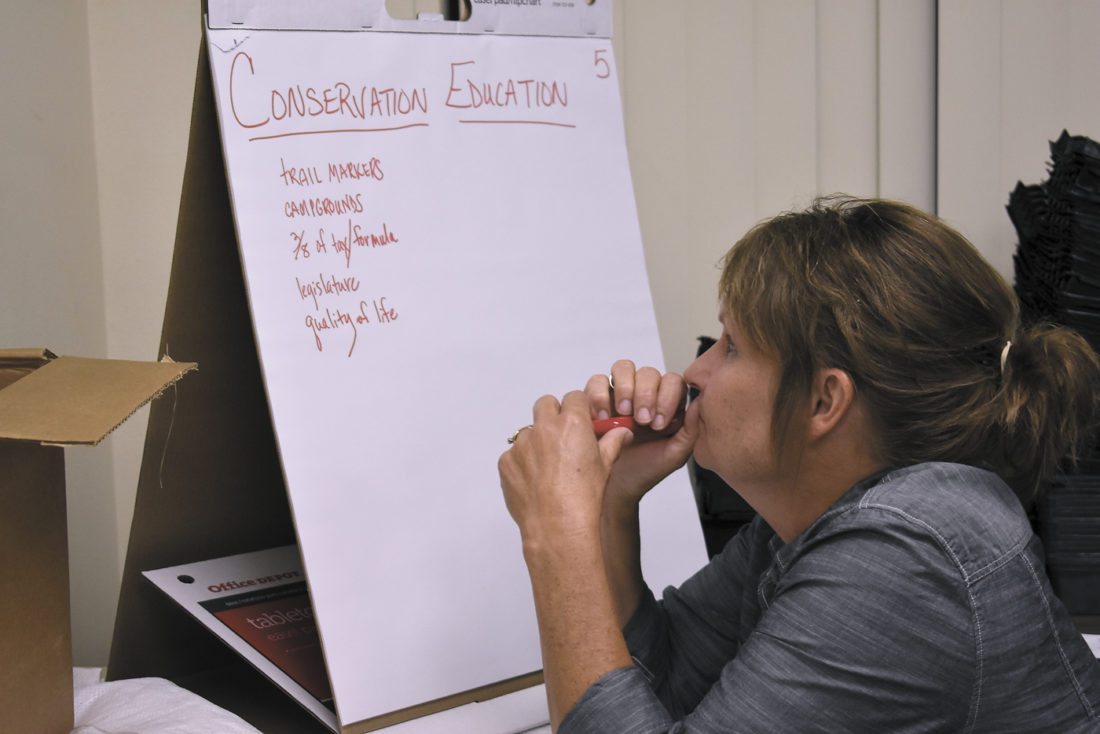 -Messenger photo by Chad Thompson Karen Hansen, Webster County Conservation naturalist, looks over a list of areas to focus on during the 2017 REAP assembly at the Prairie Resource Center in Lehigh Thursday night. Hansen was selected as a delegate to REAP congress during the meeting.

LEHIGH — Brian Lammers, Hamilton County Conservation director, is advocating for an increase in state sales tax to help boost a program that invests in the enhancement and protection of Iowa’s natural and cultural resources.

The program is commonly called REAP, which stands for Resource Enhancement and Protection.

The meeting was held at the Prairie Resource Center in Lehigh.

“Some are for and some are opposed to an increased sales tax,” Lammers said. “In the next five years we want to see a way to increase funding.”

According to information on the Iowa Department of Natural Resources website, more than 15,000 projects have benefited from REAP during its 28 years of existence. The projects were funded with more than $330 million in state investments, leveraging two to three times the amount in private, local and federal dollars.

According to Tammie Krausman, REAP coordinator in the state Department of Natural Resources, REAP provides money for projects through state agency budgets or in the form of grants.

REAP is funded from the state’s Environment First Fund and from the sale of the natural resource license plate.

The program is authorized to receive $20 million per year until 2021. The state legislature sets the amount of REAP funding every year.

In 2017, REAP was appropriated $12 million, according to Krausman.

The meeting, which is held every two years, gave locals an opportunity to discuss projects related to REAP.

Karen Hansen, Webster County Conservation naturalist, said there needs to be an improved balance between agriculture and conservation.

“We need to find that harmony between agriculture and conservation in Iowa,” she said.

“We want to focus a lot more on education,” he said. “Our county is heavily ag and there is a lot of rivers and streams that aren’t protected.”

He added, “My suggestion is talk to your legislators and tell them to make a change because it’s not getting any better.”

Five delegates were selected from Region 5 to serve on the REAP Congress. Region 5 includes Calhoun, Hamilton, Humboldt, Pocahontas, Webster, and Wright counties. The REAP Congress is made up of the 90 delegates elected at the regional assemblies. Eighteen assemblies are held throughout the state.

Those delegates will travel to Des Moines on Jan. 6 where they will discuss policies such as funding, fund distribution, assembly procedures and agendas, and operations of County REAP Committees.

REAP Congress will be held in the House of Representatives chambers.

Jerry Beck, of Fort Dodge, and Kim Anderson, of Stratford, were selected as alternates.

-Messenger photo by Chad Thompson Karen Hansen, Webster County Conservation naturalist, looks over a list of areas to focus on during the 2017 REAP assembly at the Prairie Resource Center in Lehigh Thursday night. Hansen was selected as a delegate to REAP congress during the meeting. 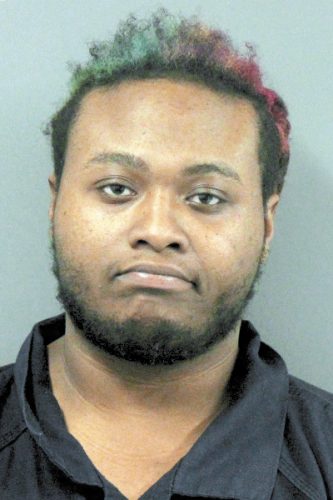 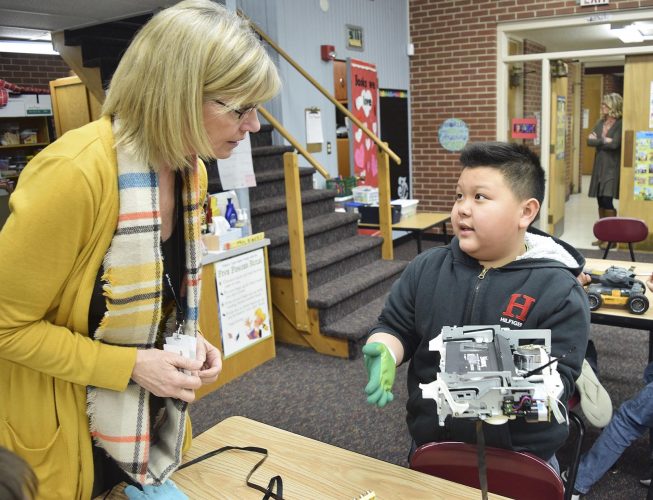 JEFFERSON — DraftKings Inc. debuted its mobile and online sportsbook in Iowa on Monday, allowing anyone inside ...

WEBSTER CITY — No charges will be filed and the investigation has concluded into the death of a Webster City ... 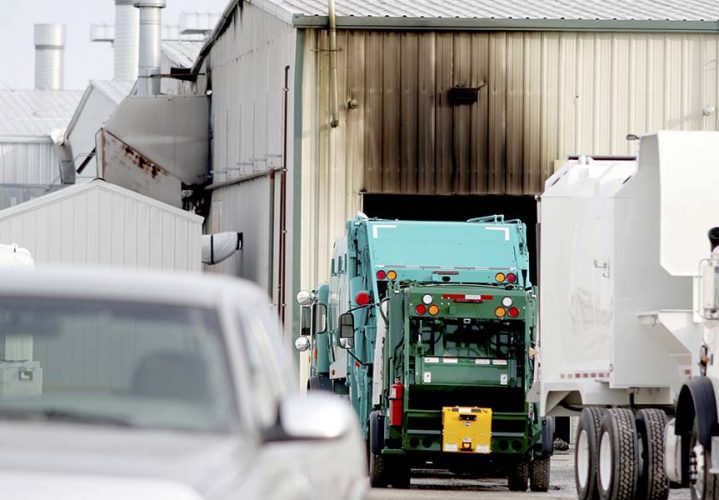