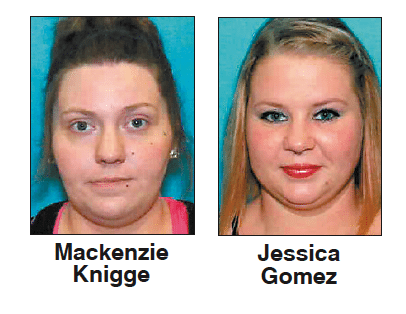 Mackenzie Knigge and Jessica Gomez both allegedly had a relationship with Phillip Williams prior to Gomez’s death, according to a criminal complaint filed with the Webster County Clerk of Court.

Knigge, 26, of Clare, and Williams, 25, of Lafayette, Indiana, have been accused of killing Gomez, of Fort Dodge, who was 26 when her burned body was found in a roadside ditch near Clare on Aug. 12.

Knigge and Williams are each facing a first-degree murder charge.

Williams, who was released from the Hamilton County Jail on July 18 after a charge of violating a no-contact order was dismissed, developed a relationship with Knigge soon after, the complaint states.

It was later that same month that Gomez also began a relationship with Williams.

According to the filing, Gomez would occasionally spend the night in Knigge’s apartment at 524 E. Front St. in Clare.

On Aug. 7, Webster County sheriff’s deputies were called to that apartment where they found large amounts of blood in the bathroom and evidence of an attempt to clean the apartment, including the presence of cleaning supplies.

Investigators also found evidence that led them to conclude that a body had been removed from the residence.

Knigge and Gomez were both reported missing Aug. 9. The two had been described as being friends.

Gomez was last seen Aug. 4. Her vehicle was later found in the area of Easter Avenue and 150th Street in Clare.

Knigge was taken into custody on Aug. 10 in Lafayette, Indiana. She was a passenger in a stolen Pontiac Montana minivan that was stopped by Lafayette police.

On Aug. 12, a body later identified as Gomez was found in a ditch along Indiana Avenue in Clare.

The filing also alleges that on Aug. 5 Knigge told a friend that she and Williams had killed someone.

Williams was located in Bloomington, Indiana, on Aug. 11. He was arrested on an outstanding warrant through the state of Indiana.

He has not yet been extradited back to Iowa. He is being held in the Tippecanoe County Jail in Lafayette, Indiana.

Knigge made her first appearance in Webster County Magistrate Court via closed circuit television before Magistrate Steve Kersten on Sept. 6 after being extradited from Indiana to face her murder charge.

At that time, Ryan Baldridge, first assistant Webster County attorney, recommended that her bond remain at $1 million cash. That bond had previously been set when Knigge’s warrant was issued.

Baldridge reasoned bond be set at that amount because “the defendant fled to the state of Indiana.”

Knigge is being held on $1 million bond in the Webster County Jail.

Regardless of how schools choose to approach the fall 2020 semester during this COVID-19 pandemic, not everyone is ...

An inmate at the Fort Dodge Correctional Facility has died, according to a release from the Iowa Department of ...

A company has been hired to reline some sanitary sewers at various locations throughout Fort Dodge in a process ...

The number of inmates with COVID-19 at the Fort Dodge Correctional Facility has increased over the weekend. As of ... 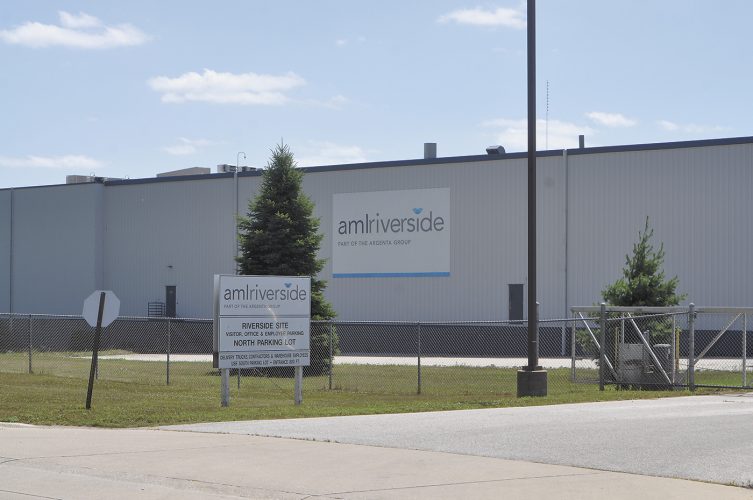 A Fort Dodge day care has temporarily closed its doors after a staff member tested positive for COVID-19 last ...