Calhoun County has its first new sheriff in 30 years

Anderson takes over after Davis retires 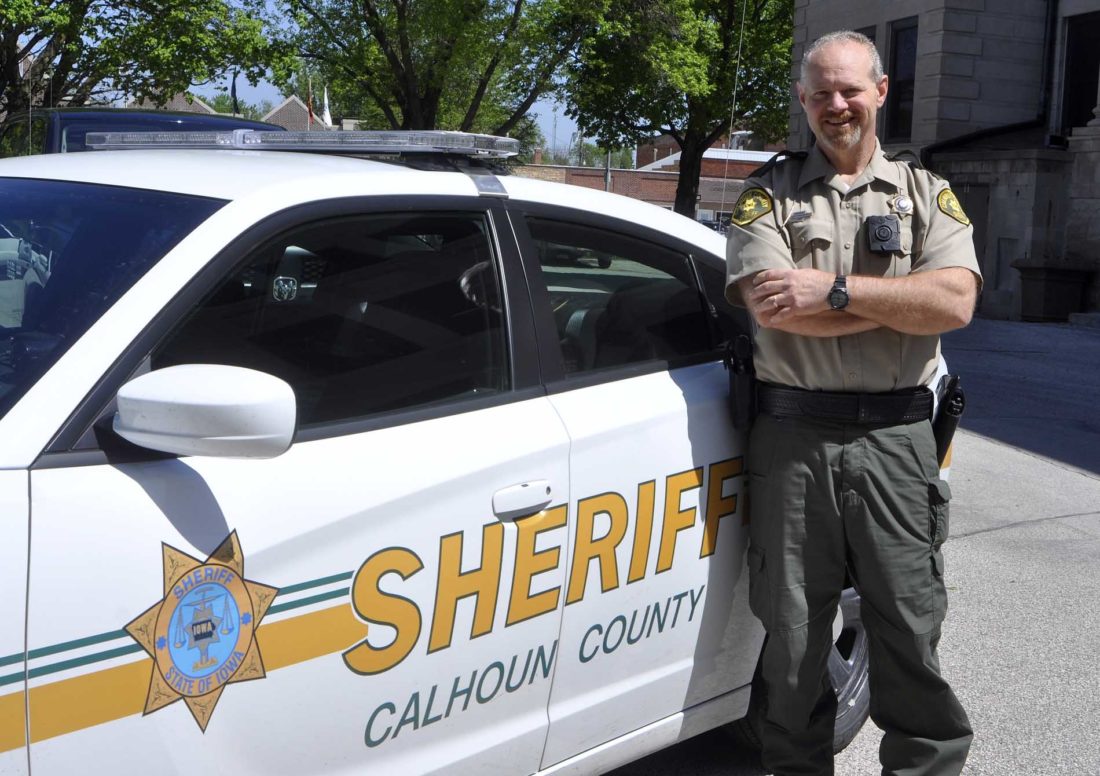 Scott Anderson was appointed to the position of sheriff by the Calhoun County Board of Supervisors in April after longtime Sheriff Bill Davis decided to retire.

Anderson, who had served as chief deputy for about 10 years, is the first new sheriff of Calhoun County in nearly 30 years.

That’s also the first year Anderson began working as a deputy in Calhoun County, he said.

In just over a month on the job, Anderson said he’s been enjoying himself.

“It gives me a chance to implement a few of my visions here, which is good,” he said. “I think the office is excited about it. It’s been a good transition.”

Among the goals he has as sheriff are to help modernize the office and its operations.

In particular, Anderson said he wants to upgrade how the department handles its records and improve the radio system.

“We need to get rid of some of the redundancies that take place,” Anderson said. “There’s ways for us to be more efficient and provide the same or better service.”

The office is at full staff. Besides the sheriff, the Calhoun County Sheriff’s Department consists of six deputies, two staff members who handle civil work and six dispatchers.

He said the team is a great one.

“We’re all really good at doing more with less, but that’s just because there’s great guys that work here,” Anderson said. “They really are.”

He also praised for his predecessor, Davis.

“Bill has just been the greatest mentor. Bill’s taught me a lot, and it’s more than just law enforcement and the office. He’s a good person, and I could count on one hand the people I will use as an example of who I want to be,” Anderson said. “And he’s one of them.”

Anderson said, when he took over as sheriff, he was unaware of how much support the department had locally.

“There’s so many people that I come into contact now with that just have such great things to say about the department and the people that work here,” he said. “I guess I wasn’t aware as much.”

Anderson said he’s not the reason the department is great.

“I’m more than humbled by that,” Anderson said. “I’m surprised, and it has nothing to do with me. It’s because the department does a good job.”

He added, “You could put these guys against anybody, and I’d bet on these guys.”

He added that there’s great camaraderie with everyone on the department.

“We all get along so well, and I enjoy working with the guys here to find the solutions to the obstacles that we have,” he said. “And we will.”