Peoples Credit Union is on the move

It’s committed to growing in and with Fort Dodge 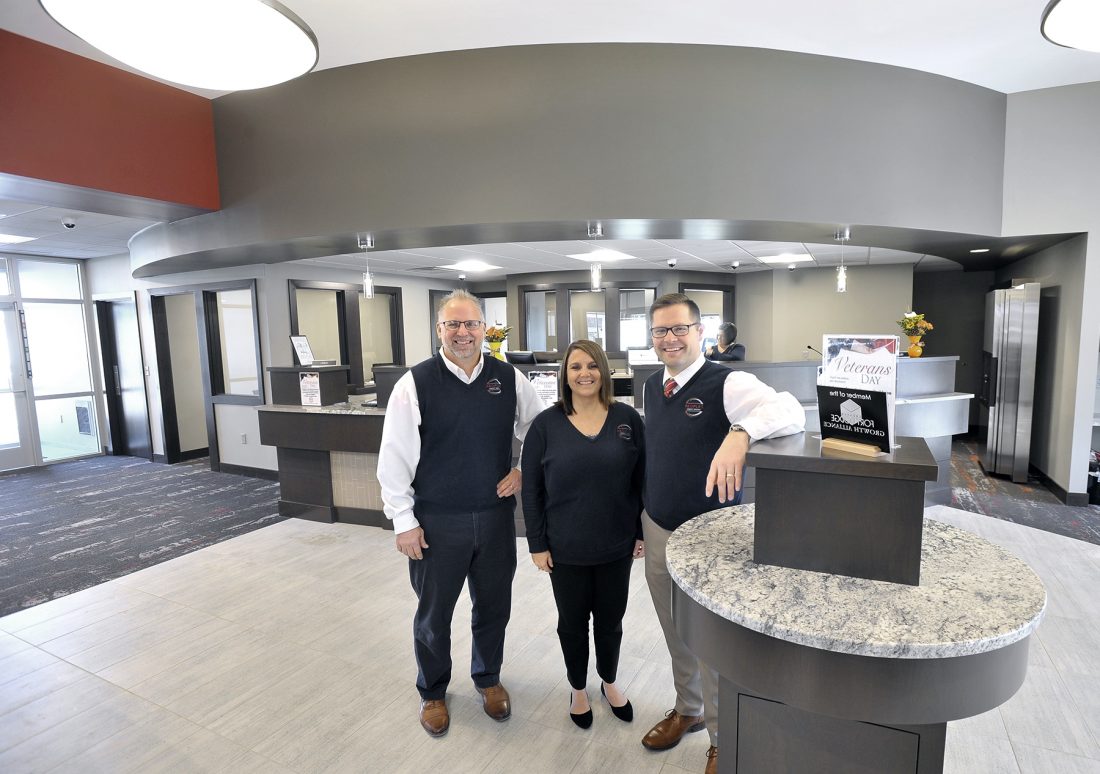 Peoples Credit Union is on the move both literally and figuratively. The Webster City-based financial cooperative has just moved its Fort Dodge office to a spacious new facility at 1717 Fifth Ave. S., the city’s booming Corridor of Commerce. This relocation is part of Peoples’ robust growth strategy, which has seen the organization more than quadruple its assets in the last dozen years.

Credit unions are financial-services institutions. They offer many of the same options and products as banks. There is, however, a major difference.

“Members purchase an ownership share of our institution. It’s like a banking cooperative,” said Jordan Hensley, president and chief executive officer of Peoples, noting that the charge for membership is very small.

Hensley said understanding the needs of its members and serving them innovatively is at the heart of the business approach at Peoples.

“Credit unions are by our community and for our community,” he said. “The members of our board of directors aren’t compensated. They are volunteers from our community.” 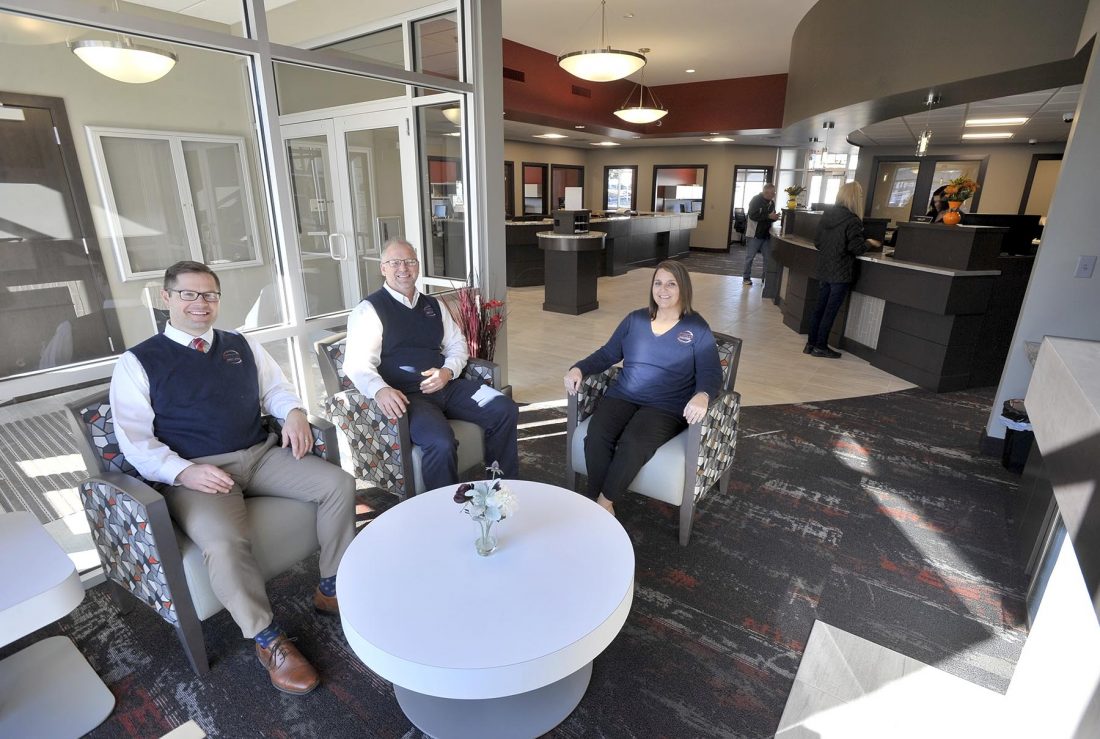 According to Hensley, Peoples can address most of the financial services requirements its members and their families have. That obviously includes checking and savings accounts, but goes well beyond those basics.

“We’re a 100 percent full-service credit union,” he said. “So, any financial or business needs that you may have — first mortgages, debit cards and more. We have a 7.99 percent credit card and also a rewards credit card. Basically, the full suite of financial products.”

Peoples has evolved institutionally over the nearly six decades since it was founded in Webster City in 1962. Like many credit unions, it began to serve the employees of particular businesses — Franklin Manufacturing Co. and Arrow Acme Corp. The ties gradually expanded to include other employers. In recent decades the enterprise has become a community credit union. That means anyone who works or lives in an 11-county region is eligible to join. The 11 counties are Boone, Calhoun, Franklin, Green, Hamilton, Hardin, Humboldt, Pocahontas, Story, Webster and Wright.

The official arrival of Peoples in Fort Dodge occurred in 2016 when it merged with Frontier Community Credit Union and began operations out of that entity’s longtime office at 13 S. Third St. 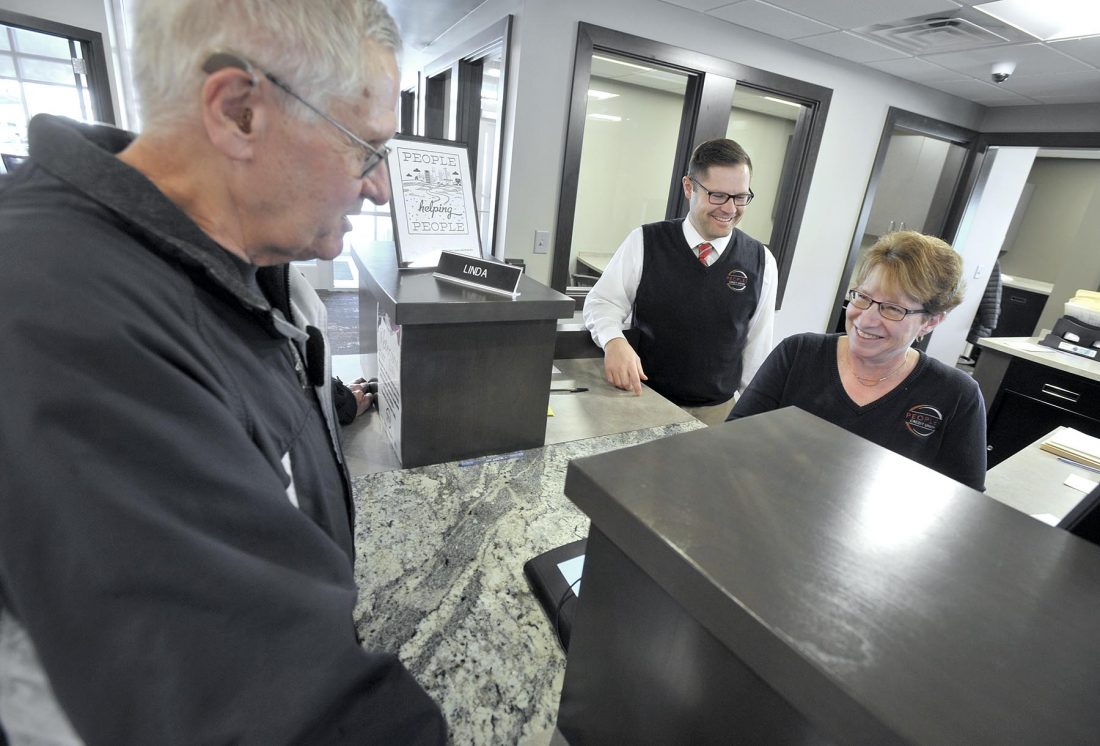 According to Hensley, however, the relationship between Peoples and the Fort Dodge area long predated 2016. Many Webster County residents work in Webster City and have long found it convenient to make use of Peoples’ services. He said today there are already nearly as many Webster County members of Peoples as there are members in Hamilton County.

Hensley said becoming part of the Fort Dodge financial world was a logical next step in the evolution of Peoples.

“When we were approached by Frontier we had already had conversations about coming to Fort Dodge,” he said. “We had a tremendous base already of membership from people who worked or lived in Fort Dodge. So it was a natural progression to shift and come a little bit west.”

The decision to open an architecturally spectacular new office on Fifth Avenue South came about because that location is in sync with emerging growth and business patterns in Fort Dodge, Hensley said.

“We really enjoy working with the residents in a community,” he said. “We didn’t feel the original location was ideal for that. We wanted a location that’s easier to access.” 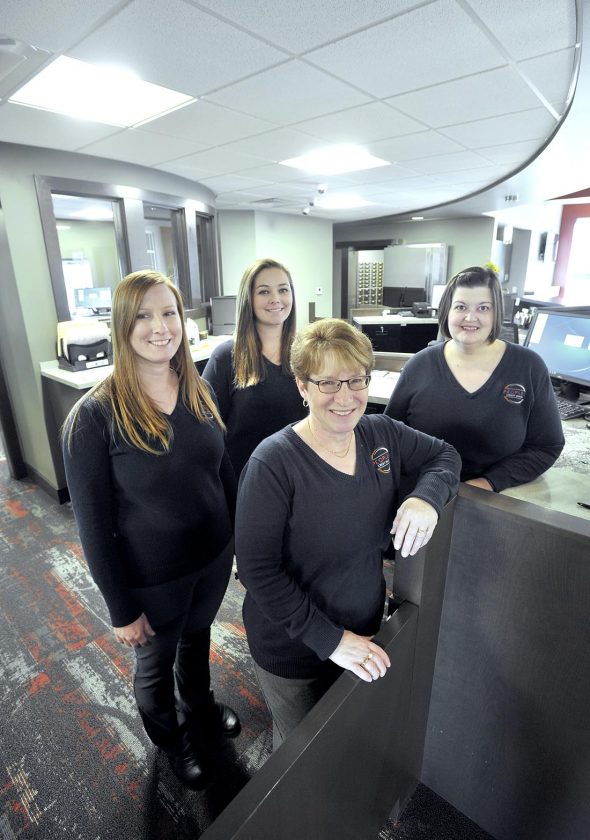 The new 3,800-square-foot facility is a visually striking enhancement to the southeast corner of 17th Street and Fifth Avenue South. Hensley said Peoples is proud to bring this new asset to the community. It has been under construction since 2018 and welcomed patrons for the first time early this month. It is staffed by six team members who are based there and assorted others who split their time between Webster City and Fort Dodge. The local branch manager is Mandy Beckman.

Hensley said Peoples has incorporated in the new local structure ample room for expansion as the credit union grows in this market and as Fort Dodge continues to thrive. He said he and his team are enthused about the economic prospects of this town and county and want to be part of that exciting future.

“Our strategy is more growth,” Hensley said. “Our intent is to keep growing and keep moving forward. We’re growing to help the communities we serve.”

Hensley said the way the workforce at Peoples relates to the organization’s members is distinctive. 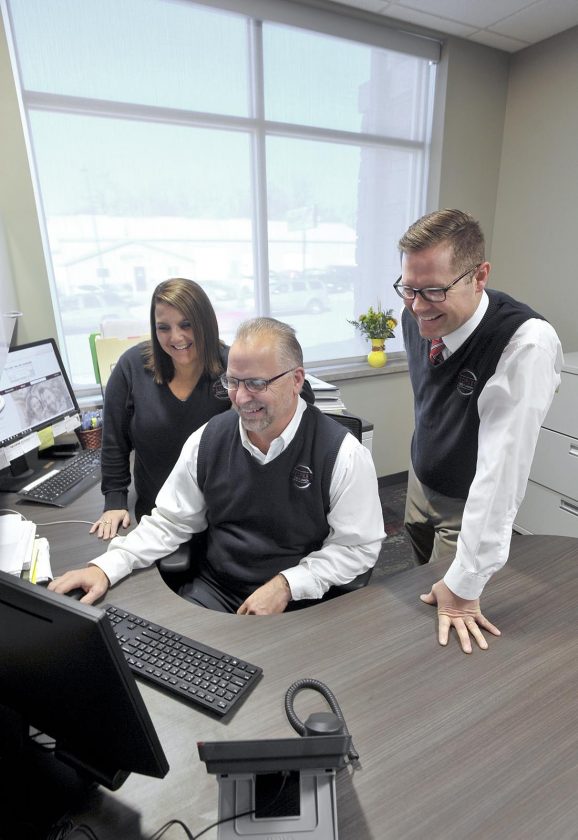 “We do have exceptional service,” he said. “Another thing that sets us apart is our branch crews actually care. That makes a big difference. They are not just trying to sell you something. They get very involved in our members’ lives. … Everybody has a story. They are not just a credit score. We work with them.”

That people-centered approach to helping members is also in sync with the way Hensley said he wants to interact with the individuals Peoples employs.

“We’re very protective of our culture,” he said, explaining that supporting team members and their families is a key part of the game plan at Peoples.

Hensley said Peoples also wants to be an effective contributor to the well-being of communities where it does business.

Peoples has offices in Webster City, Fort Dodge and Lehigh. It has about 8,000 members.

Hensley grew up on an acreage outside of Williams. He graduated from Northeast Hamilton High School in 1999. Then it was on to Iowa State University where he earned a Bachelor of Arts degree in business in 2004. Initially, after college he worked at Principal Financial Group in Des Moines where he was a specialist in mutual funds. In March 2007, he joined the team at Peoples. Since December 2014, he has been president and chief executive officer.

Hensley and his wife, Katharine, who works in the office of the provost at ISU, have three young children – ages 9, 6 and 4.

Jordan Hensley said leading the team at Peoples is a great fit for him professionally and personally.

“I love what I do. I really do,” he said. “There are a lot of good positive things in my job. Realistically, I especially enjoy the people I get to work with. They are very talented. They’re just incredible in what they do.”