-Submitted photo
Retired kindergarten teacher Marcia Main started mentoring Marcella, now going into 10th grade, when she was in kindergarten. Main has enjoyed being there for moments over the years and watching Marcella grow up physically and academically into a student with ambitions.

-Submitted photo
Retired teacher Cheryl Trunnell said that mentee DeAndre, a sixth-grader who goes by “DD,” has developed social connections through their relationship that can guide students to make good choices as they grow up in a peer-pressured environment.

-Submitted photo < br> Lauren Schnurr, right, said she feels that sometimes she gets more out of the relationship with her mentee, seventh-grader Neveah, than the student does. The two, who started meeting in January, have kept in touch over virtual means even as COVID-19 kept them apart. 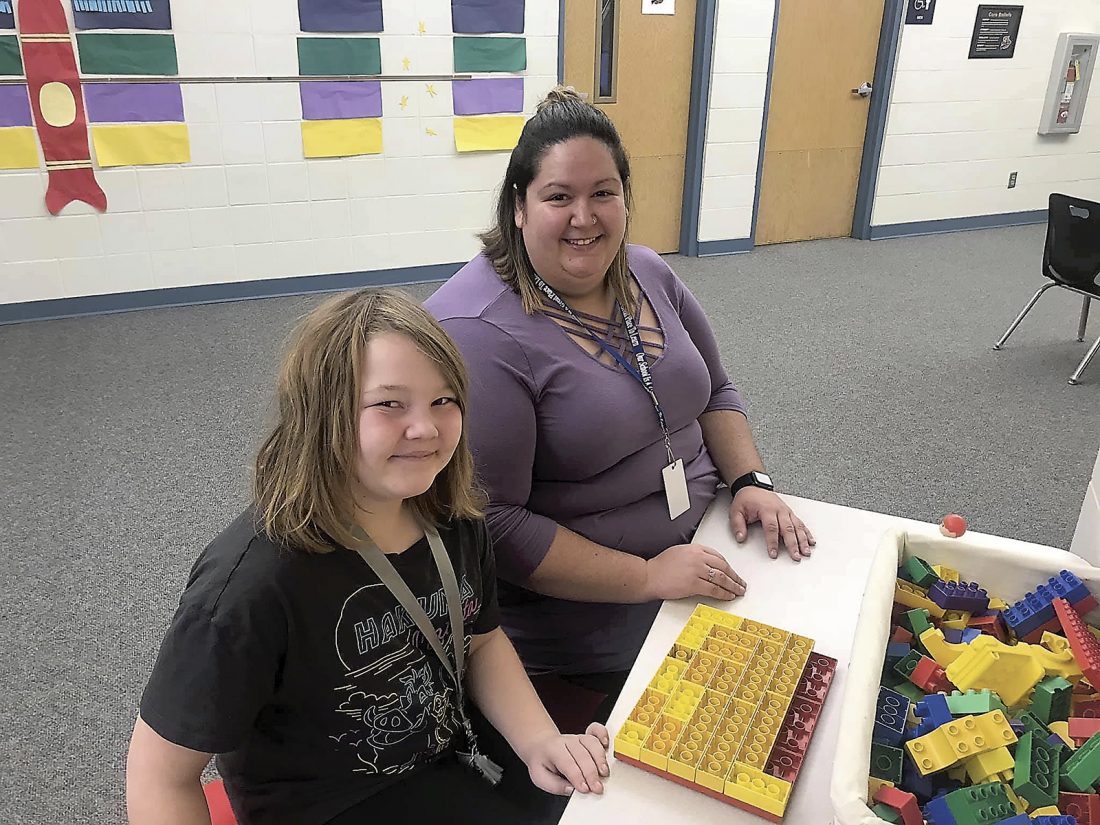 For most students, being successful in school is more than reading, writing and arithmetic — it’s learning how to form the social and emotional connections that will carry them to successes in life, no matter the subject.

And while there’s no shortage of opportunity for social time in class, some students need a different kind of connection than the ones available through their teachers and parents to bridge the gap and help them see the potential in themselves.

“You’re there to be a friend and person they can relate to without big expectations,” said Marcia Main, a retired kindergarten teacher who has been a mentor to a few kids with Bridges Mentoring Program in the Fort Dodge Community School District for close to 15 years.

Main has watched her current mentee, a high school freshman who has been with her since kindergarten, grow physically and academically. The two were matched in school when the student started experiencing some rough patches at home.

“Her teacher recognized she could use extra support from somebody,” Main said. 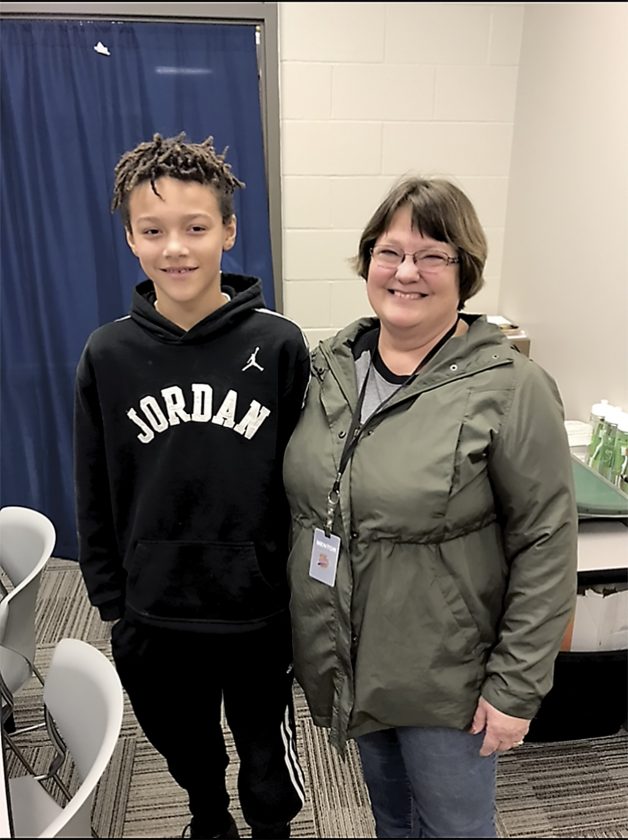 -Submitted photo
Retired teacher Cheryl Trunnell said that mentee DeAndre, a sixth-grader who goes by “DD,” has developed social connections through their relationship that can guide students to make good choices as they grow up in a peer-pressured environment.

While the idea is simple — meeting weekly for less than an hour to build rapport through fun activities, shared interests or just talking — the effects make a monumental difference in the lives of kids both in and out of the classroom, ensuring greater chances of success. By virtue of its simplicity, it manages to take the edge off the social or emotional challenges children face growing up.

Every week their eyes meet, a smile on mentee Marcella’s face lights up the room, letting Main know that she’s happy to see her.

Though some children come to the program by way of referrals from concerned school staff, Director Corey Moody said the program can be beneficial for any child. The program has seen a greater need for more volunteer mentors with a growing waiting list.

“The connection is really building that rapport with students and adding that positive person to their life,” Moody said. “Some kids just need more support than others.”

He said the program’s nature can destigmatize leaning on support structures when students need it, setting them up to know how find help later in life when necessary. He said that mentors simply have to be people that care. 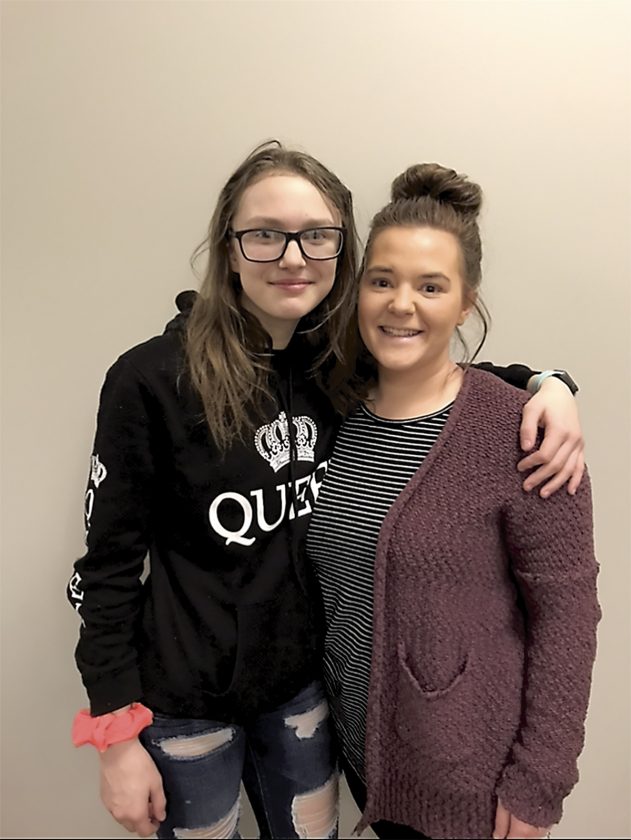 -Submitted photo < br> Lauren Schnurr, right, said she feels that sometimes she gets more out of the relationship with her mentee, seventh-grader Neveah, than the student does. The two, who started meeting in January, have kept in touch over virtual means even as COVID-19 kept them apart.

Social benefits from the program not only affect behavioral and disciplinary outcomes for students, but have a correlation to better grades and attendance rates, too, Moody said.

“When you have your (social and emotional) needs met, you’re going to continue to do better in school,” he said.

Even with a wait list, he said the 20-year-old program has ambitions to become more expansive by recognizing mentees who could benefit from the program most early on and matching them to mentors in elementary school. Initiating the relationship at a younger age allows for a more accessible entry point of a new person into their lives and allows the relationship to solidify for easy transition into middle and high school.

For now, the program’s participants are just trying to maintain connections in the age of COVID-19, communicating through virtual means. But virtual means can’t always replace the connection in person.

“I think there’s going to be a great need in August when we come back for lots of students that need reassurance and positive supports,” Moody said, hoping to recruit more mentors by then. “It’s definitely challenging times for everyone.” 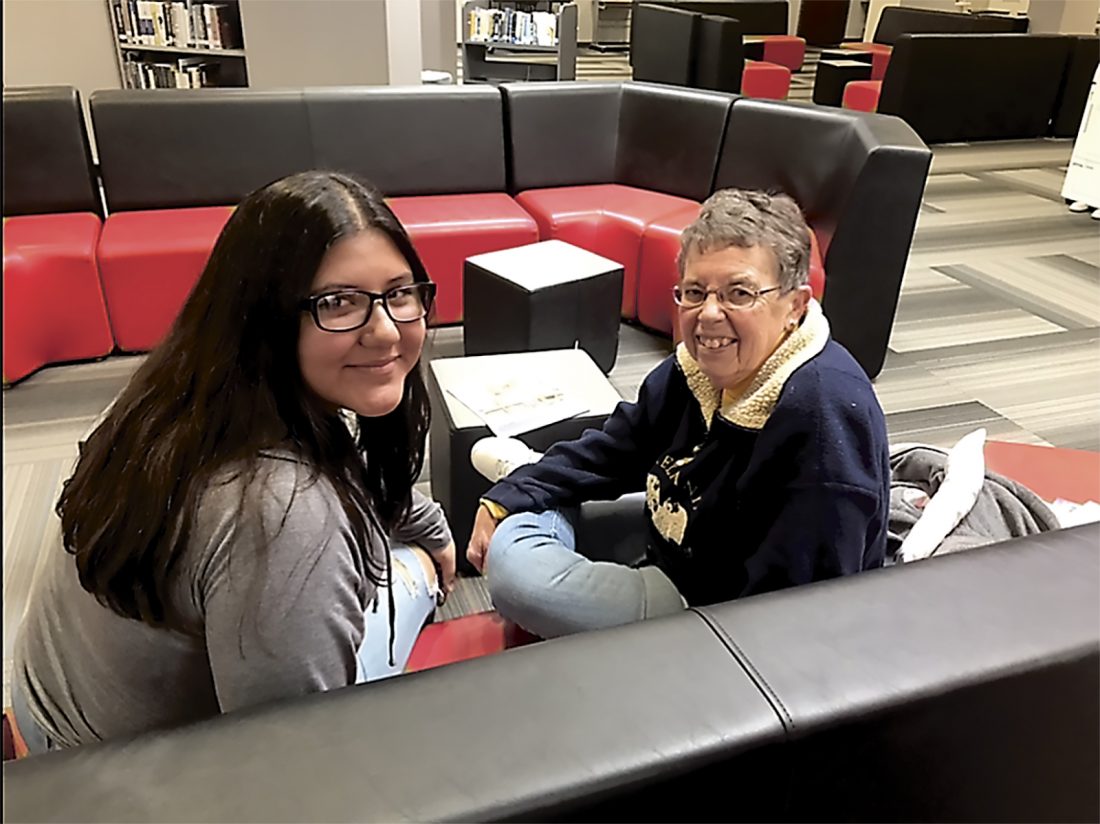 -Submitted photo
Retired kindergarten teacher Marcia Main started mentoring Marcella, now going into 10th grade, when she was in kindergarten. Main has enjoyed being there for moments over the years and watching Marcella grow up physically and academically into a student with ambitions.

Mentors draw from the support of the relationship, too.

“She helps me more than I’m helping her,” said mentor Lauren Schnurr, a hair stylist and cosmetologist who kept boredom at bay during mandatory salon closures by doing video calls with her seventh-grader, Neveah.

Schnurr said that by talking about Neveah’s goals, she’s reminded to keep on track and stay accountable to her own goals in life.

At 26, the mentor said that she’s probably considered more of a big sister than a “mature” role model to the 15-year-old, making the connection that much more endearing with an energy they each feed off of.

Schnurr was inspired to volunteer earlier this year by memories of working at the YWCA’s childcare program as a teenager.

Together, they talk about friendship goals like sticking up for yourself and being kinder to friends without getting referrals. Neveah is always upbeat and fun, Schnurr said.

When asked what she missed most about school, Neveah said it was meeting with Schnurr. That’s when the mentor knew that her listening and engagement — effortless on her part, thanks to the strong connection — was having an impact.

“It’s showing that you want to be there as well, it’s not like a job,” Schnurr said, recalling the moment when Neveah realized her mentor wasn’t being paid to be there.

As soon as it’s safe, the pair will be making a beeline for Lomita’s Mexican restaurant, their favorite.

“It’s important for kids to have a caring adult that’s a third party, not a parent or teacher,” said Cheryl Trunnell, who taught third grade for 17 years at Cooper Elementary School. “They’re just trying to figure out who they are as a person.”

The consistency of being a caring adult who will hold them accountable without putting them through the wringer is why she volunteered to mentor a pair of sixth graders she knew as a teacher.

“They just need to know someone sees them for who they are and that they have potential,” Trunnell said.

It may seem like a tall order, but it’s all in an hour’s work each week that provides them with a “happy time” and a break from school, she said. As a teacher, she saw the impacts mentoring had on her students.

By being the one that cares — and for some children, perhaps the only one — Trunnell said she believes her guidance serves as an inner voice for students. For one of her mentees who constantly got in trouble for swearing at school, she learned that he wouldn’t swear around her because he didn’t want to disappoint her.

“I think that’s good, that you have an adult in your life you don’t want to disappoint,” she said. “It’s how it helps them avoid negative outcomes, and just gets them to stop and think.”

While she can’t force them to do the right thing, she plants seeds that grow with maturity. Mentors like her build a structure for success that doesn’t feel restrictive or cumbersome.

“Schools can be so rigorous, so serious, that it’s nice to just do something for fun,” Trunnell said. “I think kids need fun.”

Those interested in becoming a mentor to a student can email Moody at cmoody@fdschools.org. Becoming a mentor requires simple paperwork, a background check and introductions to the program.

Moody said he would like to have mentors “ready to go” when school starts in August. 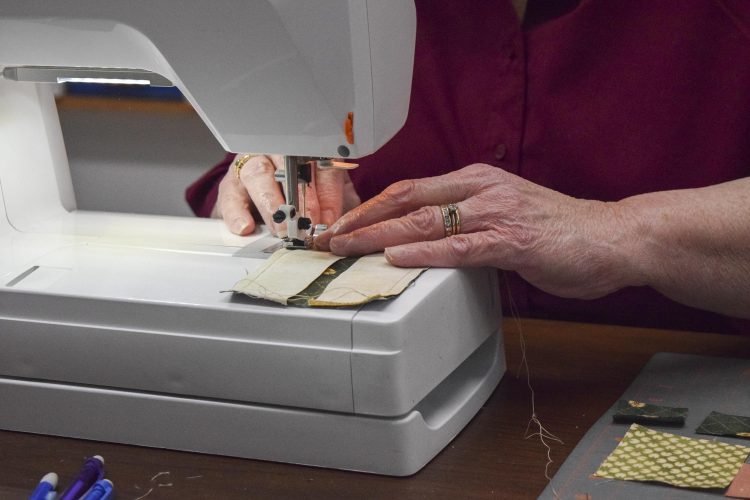 Get your sewing machines ready