The Fort Dodge Choral Society will present “Breaking the Silence,” a concert showcasing the partnership between music and community needs, at 3 p.m. March 8 at Grace Lutheran Church, 211 S. Ninth St.

Guest soloists Collin Ellsbury and Hallie Ehn will join the choir as it unites voices to share stories about issues that impact people from all walks of life.

“Composers have a long history of writing beautiful and powerful music to promote social causes,” Conductor Bruce Perry said. ”In the 18th century, Handel contributed new music to concerts to benefit children’s hospitals. Durufl poignantly reminds singers and listeners ‘Where charity and love are, there is God.’ When confronted with homelessness, hunger, Alzheimer’s, mental health, and ecological crises, present-day composers have used the power of music to share the need for relief from everyday problems.”

Composer James Deignan talked about his musical goals for 2020-2029.

“I want our choirs to be singing about things that matter today, right now,” he said. ”I am convinced that if we are going to change hearts and minds in our age of disinformation, it will be through storytelling.”

Last December, he penned a new work featured in the concert, “How Dare You,” inspired by three young women’s pleas for ecological consciousness.

Canadian composer Stephen Hatfield combined quotes from homeless people with sections of Jesus’ Sermon on the Mount to create “Hard Shoulder,” a powerful story that humanizes the plight of those who live on the street.

Robert Cohen’s “Alzheimer’s Stories” ends with a powerful tribute to those who care for victims of the disease. Voices unite to remind caregivers, the unsung heroes who care for those whose brains are deteriorating, to “Keep faith. They sense what they cannot show. Love and music are the last things to go. Sing anything.”

Ellsbury, a baritone, is no stranger to Fort Dodge audiences. He currently is a freshman at Millikin University in Decatur, Illinois, where he recently appeared as the sergeant of police in Gilbert and Sullivan’s “The Pirates of Penzance.” Throughout high school, he was a frequent collaborator with Des Moines Performing Arts televised Iowa High School Musical Theater Awards and its Triple Threat program. Ellsbury performed as Jamie Wellerstein in ”The Last Five Years” during August 2019 and will appear in Opera Hawaii’s ”Carousel” this July. He has a passion for both musical theater and opera and will return to sing the bass solos in Beethoven’s “Mass in C” and “An die ferne Geliebte” in the Choral Society’s May celebration of Beethoven’s 250th birthday. He is a 2019 graduate of Fort Dodge Senior High, and 2019 winner of the Fort Dodge Area Symphony Young Artist auditions.

Ehn, a soprano, is a junior at St. Edmond High School. She has appeared in leading roles with Stage Door Productions and will appear in ”Godspell” at St. Edmond this spring. She was selected to perform in the Iowa Choral Director’s Outstanding Performers’ Showcase, named a finalist for solos with the Iowa All State Chorus, and a semi-finalist in Luther College’s Dorian Honor Choir soloist competition.

Admission to the concert is by season membership or available at the door. All students are admitted free. For more information, visit FDChoralSociety.org. 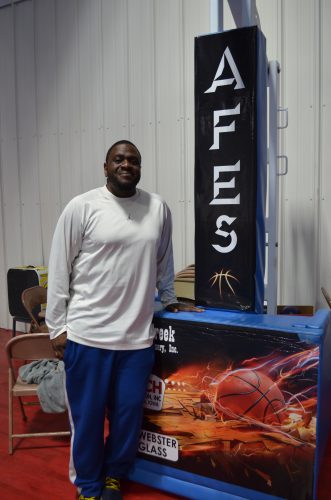