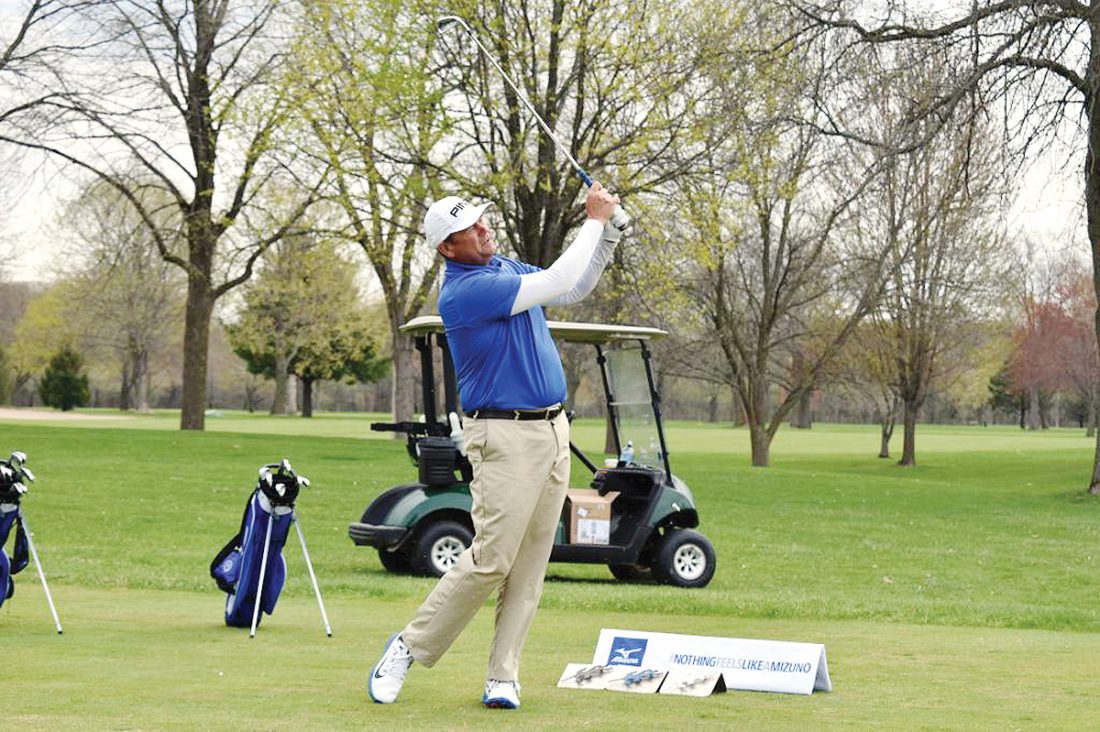 Fort Dodge’s Judd Gibb has experienced the heartache of being painfully close to qualifying for the PGA Championship.

Three times, to be exact.

On Monday, the golf gods gave Gibb one back.

The PGA Professional Championship qualifying event in Austin, Tex. was canceled this week due to ongoing COVID-19 concerns. By rule, the Top-20 players in the 2019 national professional of the year standings will automatically qualify for August’s PGA Championship — one of the sport’s four majors.

“Not exactly how I had pictured it happening, but I’ll definitely take it,” said Gibb, a 1987 Fort Dodge Senior High graduate and former Iowa State University team captain. “I’ve come so close in the past and had a lot of opportunities to make it, and it just hasn’t quite worked out. I’ve had nightmares about shots or putts I didn’t hit, having come up one stroke short (at the PGA Championship qualifier) on three (different occasions) before (this year).

“Now I’ll put my head on my pillow at night knowing I’ve made it. Even though the feeling is a little bittersweet, I’m a qualifier.”

The 51-year-old Gibb had accumulated 557.5 points in 2019, which tied him for the 17th best total in the country on the PGA Professional Player of the Year leaderboard.

“I actually had a really good season, but I didn’t play in any of the winter point events, so I had no idea at first that I was still (in the Top-20),” Gibb said. “I spent most of the winter watching (son) Andrew play basketball (for Iowa Central Community College) and (daughter) Lauren’s seventh-grade volleyball and basketball seasons.

“A friend of mine pointed out that I was still in contention based on points. Our national championship was supposed to be in late-April, with the PGA Championship in May. Both events were postponed, and the (qualifier) was rescheduled for (July 19-22 at Barton Creek in Austin).”

A recent surge in Texas COVID-19 cases forced officials to cancel the tournament. As of now, the PGA Championship is still on for Aug. 6-9 at TPC Harding Park in San Francisco.

“I had a feeling they were going to call off (the national qualifier),” said Gibb, who also placed seventh in the PGA professional senior standings for 2019. “To be perfectly honest, California isn’t doing much better right now, so there are no guarantees they’ll have the tournament. They’ve already canceled the Senior PGA Championship and the John Deere Classic (Gibb had qualified for both). It’s not exactly headed in the right direction. But I have to stay optimistic and hope for the best.”

Gibb received official word while playing in a Pro-Am event on Monday at Sunnyside Golf and Country Club in Waterloo. Though spectators won’t be allowed at the PGA Championship, Gibb texted Andrew immediately to see if he would be available to caddy for the event.

“I said, ‘buddy, I don’t know what your schedule looks like, but hopefully you can do this,'” Gibb said of his son, who will be a sophomore basketball player at Presentation College in Aberdeen, S.D. this fall. “I wanted him with me at the Senior PGA and the John Deere and neither are going to happen, so of course I’m keeping my fingers crossed that he can make the trip with me to San Francisco.”

Gibb, a six-time Iowa PGA Section Player of the Year and recent Iowa Golf Association Hall of Fame inductee, is the first Fort Dodger in history to qualify for a major championship on the PGA Tour. Dave Sergeant has played in two United States Senior Opens: in 1998 and 2003.

“I’d like to say this isn’t a once-in-a-lifetime opportunity, but at my age, that’s pretty much what it is,” laughed Gibb, the director of instruction and tournament coordinator at Lakeside Golf Course and a Ping Golf Tech representative. “Let’s just put it this way: at 51, there aren’t too many guys (in the PGA Championship field) who need reading glasses like I do.”

Gibb and his wife, Mary, live in Fort Dodge with their two children.