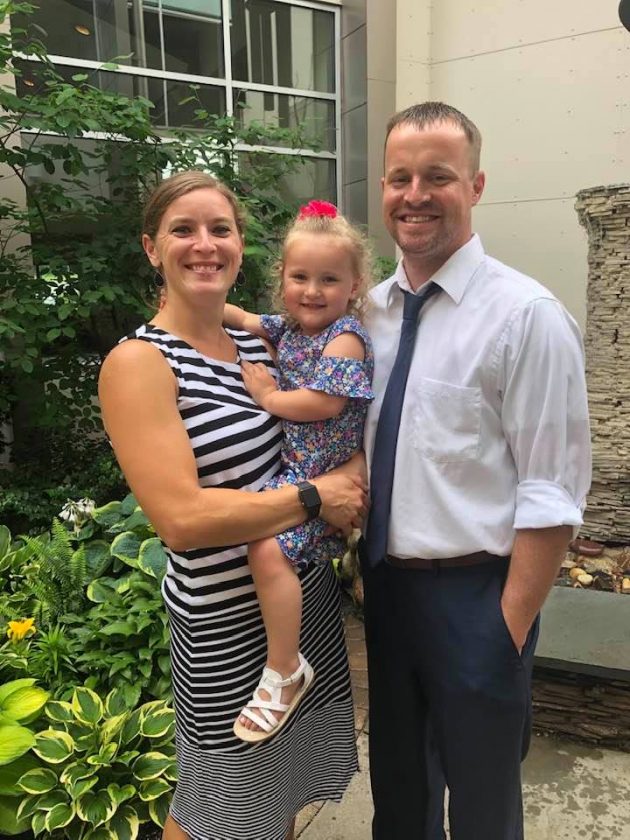 Martha (Stover) Mericle has been a head coach at a smaller school, at the lower levels, and in a different sport.

All roads led back to the Fort Dodge volleyball position. And on Tuesday, the 31-year-old Mericle was approved as the Dodgers’ new leader.

The 2007 FDSH graduate is following in the footsteps of her former coach and Hall of Famer Toni Cochrane, who stepped down after two seasons at the helm in her second stint with the school. Mericle takes over a program steeped in history but in need of an identity moving forward as a member of the demanding CIML Iowa Conference.

“I think it’s an exciting opportunity to build and put my own thoughts, perspective and personality into the program,” said Mericle, who played for both the Dodgers and Iowa Lakes Community College before graduating from Buena Vista University. “The immediate challenge is to figure out what it will take to compete as a ‘bigger small school’ in the CIML. It’s going to require a different approach, but we’re going to have to fight and commit ourselves as a program to working harder than ever before — especially in the offseason — from the lower levels on up.”

Mericle was a sophomore coach at FDSH before taking over the South Central Calhoun program in 2018. The Titans went undefeated in the Twin Lakes Conference that season, and Mericle was named the league’s coach of the year.

Mericle returned to Fort Dodge as a middle school reading teacher this past fall, and coached the seventh graders.

“I saw first-hand just how much time and effort the girls (at SCC) put into their program,” Mericle said. “As the old saying goes, ‘you can’t just pick up a ball on the first day of practice and think you’ll compete.’ (The Titan) athletes were a prime example of that. They worked together in the offseason and balanced all of their sports and activities, and it showed. No excuses. They were in the gym a lot in the spring and summer months.

“When I took over the (Fort Dodge) seventh-grade program (in 2019), I saw a lot of potential and became very optimistic about the future of Dodger volleyball. It’s a great group and I’d like to help see it through, so when the varsity (head coaching) position opened up, I felt like this was a perfect chance to apply.”

In addition to her Fort Dodge coaching background, Mericle has also been an assistant at Iowa Central Community College, West Sioux and Okoboji. She previously served as head coach of the Dodger girls tennis program, and was a state tennis placewinner while at FDSH.

The Dodgers have qualified for state 21 times overall, but haven’t reached the tournament since 2004. Fort Dodge won championships under legendary head coach Jackie Wilde in 1971 and 1984.

Cochrane, a former Dodger all-stater and University of Iowa team member, led the program from 1991-2012 and again in 2018 and ’19 after Tonia Burrell stepped down. The FDSH Hall of Famer was a standout player on the ’84 title team.

Mericle was a sophomore on Cochrane’s ’04 state squad.

“My focus won’t just be on (the FDSH group). I want to really place an emphasis on both the youth and middle school programs as well,” Mericle said. “That’s where it has to start. I’d really like to get as many seventh- and eighth-graders into our (high school) open gyms as possible. The commitment to volleyball has to start early. If I want them to trust the process and what I’m preaching as a coach, I have to get them to buy in and really, truly believe in what we can do here together.”

Mericle and her husband, Mike, live in Fort Dodge with their 3-year-old daughter, Brinley. Mericle is due to have their second child next month.