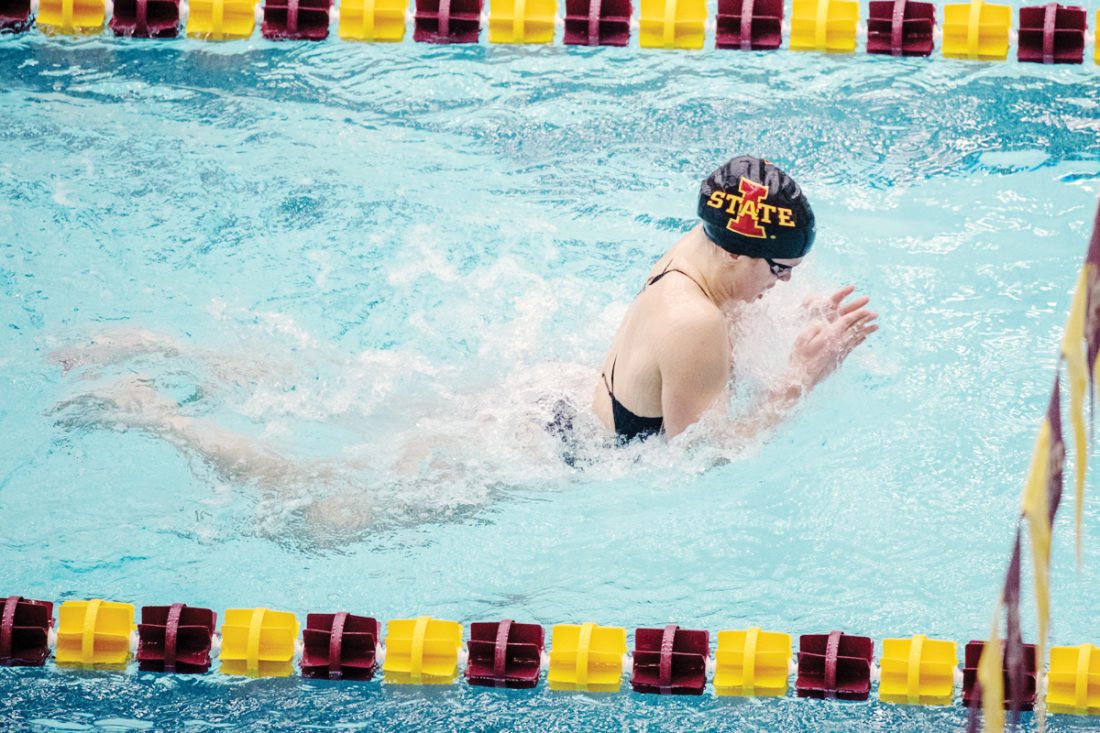 Submitted photo Fort Dodge Senior High graduate Lehr Thorson placed 2nd in the 100 breaststroke and 3rd in the 200 breaststroke at the Big 12 Championships in Morgantown, WV.

Just hours after capping off her incredible Big 12 Championships, Lehr Thorson was already looking towards next season.

Thorson scored a silver in the 100 breaststroke and added bronze in the 200 breaststroke, helping the Cyclones place fourth overall.

“It was an incredible experience,” Thorson said. “I had gone times close to that earlier in the season, so I knew I just needed to trust my training and the outcome would be there.”

In three seasons competing at the conference meet, Thorson has six Top-11 finishes in the two breaststroke events. She arrived in Ames after a standout career for the Dodgers that included second team all-state honors and a fourth at the state meet.

“After swimming the 100 breast in prelims, I knew that there were areas of my race that could be faster,” Thorson said. “So I was really excited to have another opportunity to race next to the best competition.

“Saturday was a huge day for our team to come back and make up points. The honors and time standard come with the team points and at that moment, I was more focused on scoring for the team.”

Thorson’s 100 swim placed in the the NCAA B standard, hitting the mark twice during the event. She was the first Cyclone to do so since the 2017-18 season and finished just .56 seconds off the school record.

In the 200, her time placed her fourth in the Iowa State record books, a time she credits to “working a lot on my finishes this season and trusting myself to get my hand on the wall” at the end.

Thorson, who earlier this year earned first team all-Big 12 academic status, knows she is within reach of the NCAA standards as she prepares for next year.

“I’ll be having those times in my mind for sure,” she said.