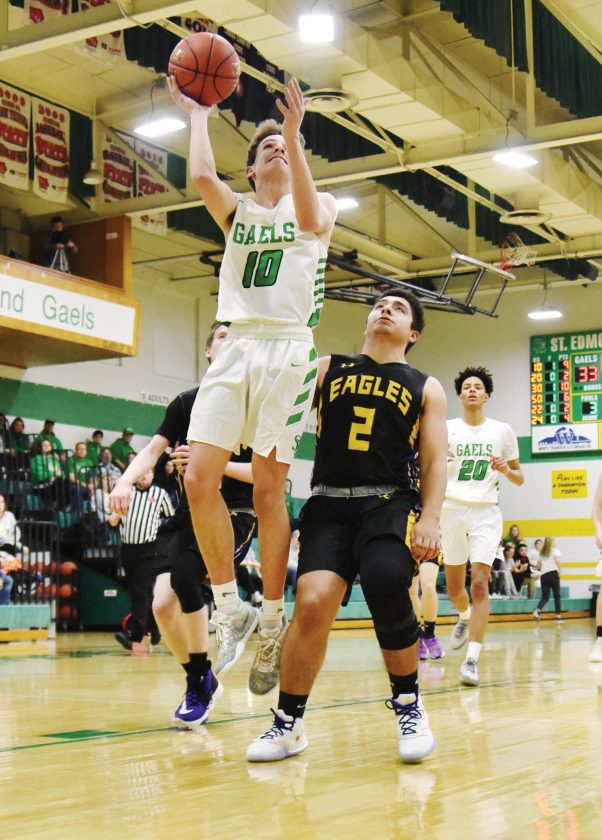 The Gaels (4-7 overall, 2-5 North Central Conference) trailed 19-18 at the end of the first quarter, but a strong defensive effort, held the Bulldogs (2-8, 0-7) to four points, giving the Gaels an 11-point advantage at the break.

“(In the second quarter) we were strong on the defensive end,” said St. Edmond head coach Adolph Kochendorfer. “We did a lot better job with ball screens and did a better on switching.

“Defensively we played well through out the game.”

“I have to give them credit, they played well,” Kochendorfer said. “They played more man-to-man defense and that seemed to help them play better.”

Bocken led the Gaels with 22 points. He hit five three pointers. Cael Kolacia was next in line with 14 points and point guard Jed Tracy had 11, including a triple.

Drew Schaeffer had five rebounds and four assists, while Tracy had six assists for the Gaels.

Jace Spurgeon led the Bulldogs with 11 points, while Jordan Severs added 10 and Wyatt Sutter had nine.

The Gaels are back in action on Thursday when they travel to South Hamilton.