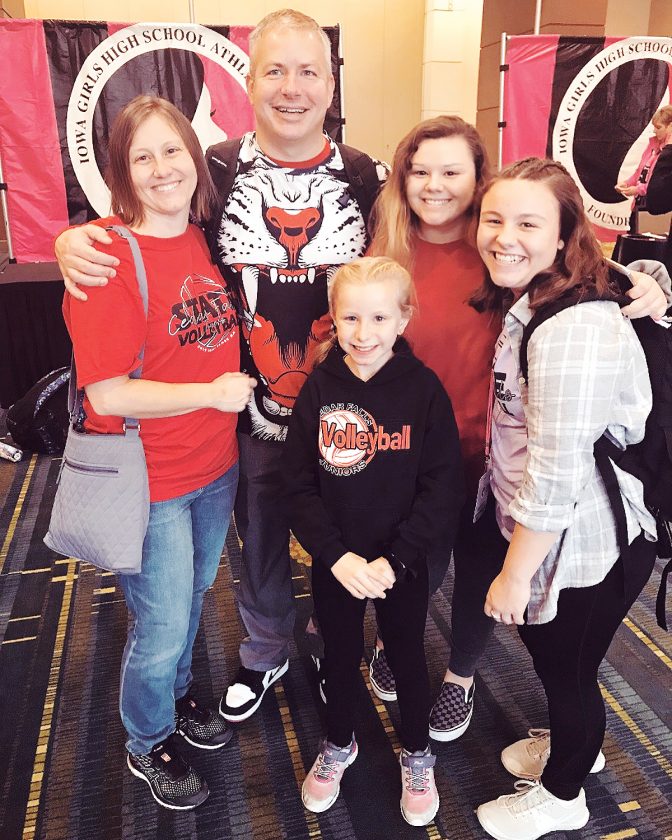 CEDAR FALLS — Matt Johnson has helped to build a powerhouse program in Cedar Falls, and for the second time in the last three seasons, his Tigers are back on top of the Class 5A volleyball world.

Johnson, a 1996 Fort Dodge Senior High graduate, has been the head coach at Cedar Falls for six years. In four of those, the Tigers have played for a state championship.

The 2019 title was a redemption of sorts, as the Tigers lost their only match a season ago in the final round to Ankeny Centennial. Cedar Falls defeated third-seeded West Des Moines Valley for gold last Friday in Cedar Rapids.

“That loss (in 2018 to Centennial) really motivated us,” Johnson said. “We weren’t frustrated with losing, but we got our butts kicked. It was more about how we played and how we looked.

“It was a continuous talking point. We brought it up frequently this season. We didn’t handle the adversity very well. This year, we wanted to put them in uncomfortable situations and get more experience (during the regular season) against tough teams.” 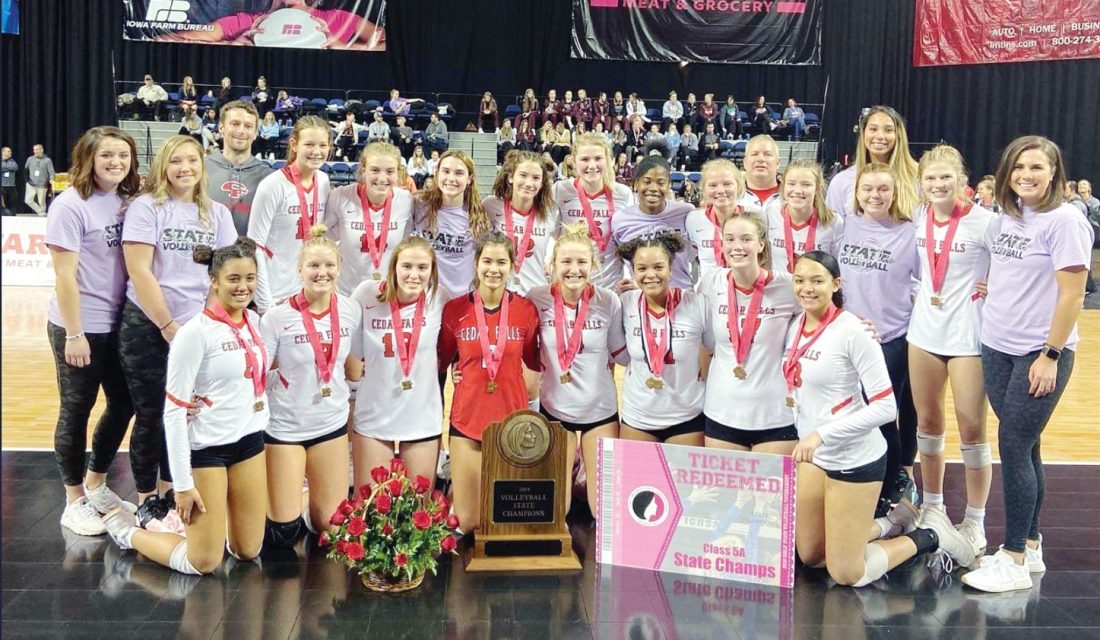 Johnson, who is an impressive 238-24 at Cedar Falls — a win percentage of .900 — took the preparation to the next level and faced nationally-ranked St. James Academy. It was the Tigers’ only loss.

This year’s run was sparked by four returning all-staters who were ready for their final campaign as Tigers. Seniors Akacia Brown, Emmerson Greeen, Alayna Yates and Kirsten Graves, were top selections a season ago with Brown on the elite squad.

“Our seniors led the way,” Johnson said. “They knew this was their last go-round and they played with more urgency. They worked hard in the summer and offseason.

“They were doing the work in August and September as well. The success was because of their preparation.”

Johnson, a 2000 University of Northern Iowa graduate, is 541-140 in his 16 overall seasons with three state championships. He won a title during his 10-year stint at Charles City.

The chemistry and culture has grown with each passing season in Cedar Falls.

“We have great kids to work with and an outstanding coaching staff,” Johnson said. “They all put the time in with our sports programs. We have many multi-sport athletes that spend a lot of time in the gym for a lot of different reasons.

“We also have a good strength and conditioning program that our kids buy into. They spend a lot of time in the summer lifting, and that benefits all of our sports in Cedar Falls.”

Johnson teaches five sections of math and one section of robotics at Cedar Falls Junior High.