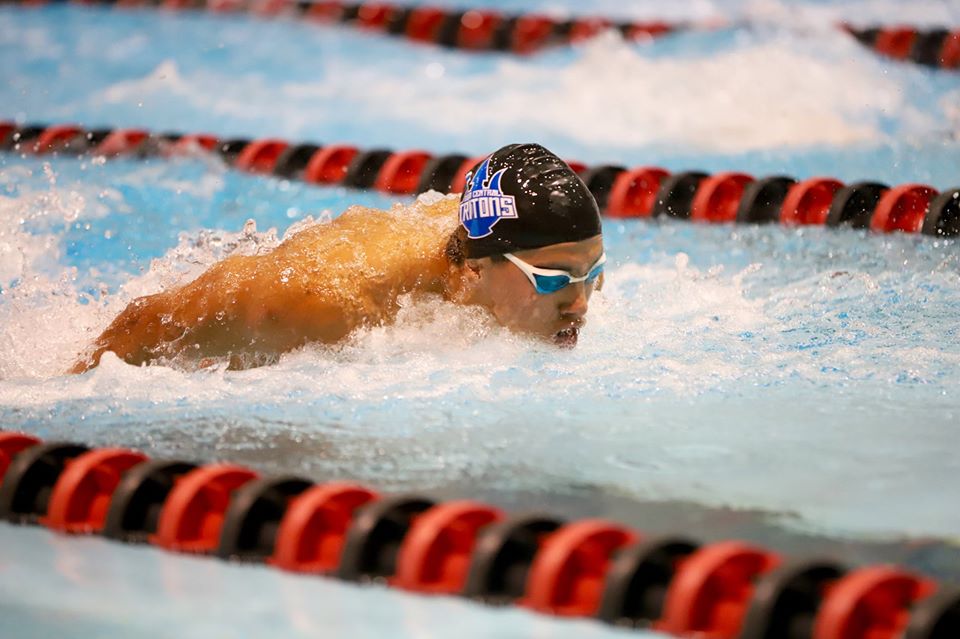 SIOUX FALLS, S.D. — Billy Cruz had his coming out party here at the Augustana Invitational, making a statement for both himself and Iowa Central swimming.

Cruz, a freshman from Canada, broke an NJCAA record and placed his name at the top of another event during the three-day invite.

In the 200 freestyle relay last Friday, Cruz swam a 19.10 split. That time is just .04 off the NJCAA record and has him currently tied for the best time in collegiate swimming regardless of the division this year.

“Billy’s performance this weekend really put not only himself, but the whole Triton swim team on a different level,” ICCC head coach Joe Plane said. “I have already received messages from NCAA coaches asking questions about our program and how we may be able to help them in the future due to his 50 free time. His best time before Iowa Central converts to 19.7, so it’s nice to see that he’s improving so much in a short period of time.

“What’s even more important to me is that he’s a good person and teammate. We do everything as a team with each individual working towards the betterment of the team and Billy understands that.”

Out of 151 total swims during the invitational, Iowa Central had 148 season-best times and won a total of seven events.

“I’m so very proud of our entire team’s performance this past weekend,” Plane said. “All but three times weren’t season best times, and that’s just amazing. The team has been working so very hard and we will continue to do so as our ultimate goal is to peak at nationals in March.

“It was a great first semester and now we have to get back to work.”

In the latest rankings, the Triton men are first ahead of 44-time defending national champion Indian River State, with the women second.