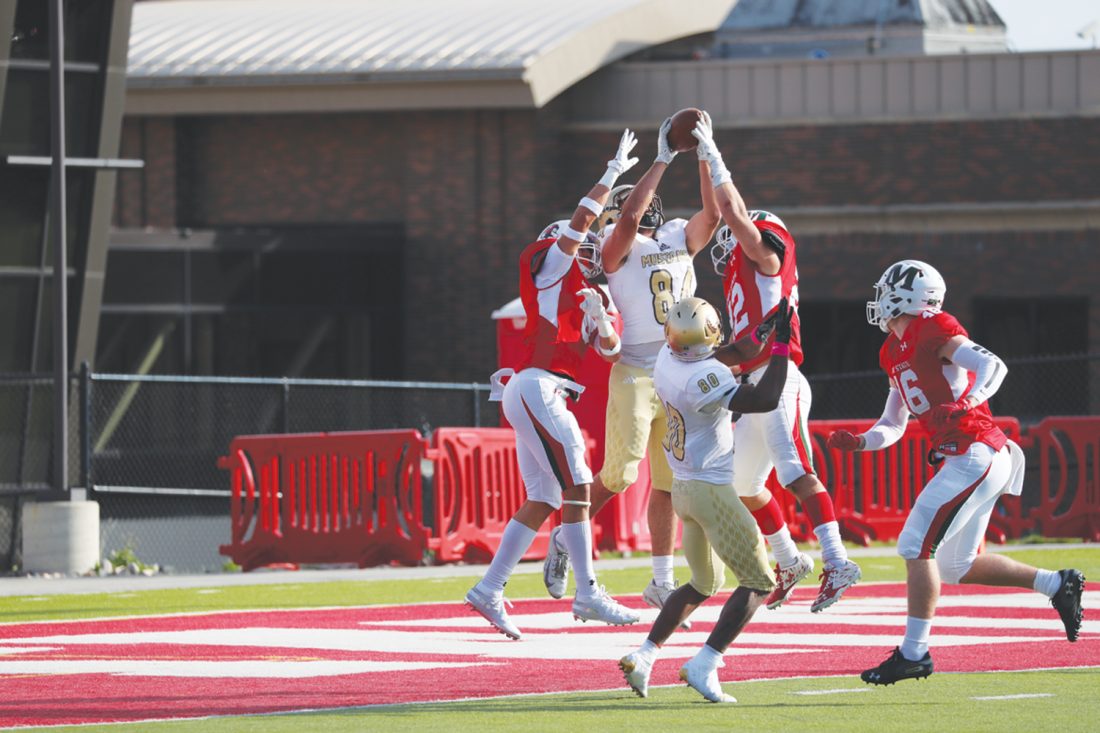 But had it not been for the first half heroics of Dakota Jaeschke, the Mustangs might not have been in position to do that.

Jaeschke, a 2017 graduate of Southeast Valley, hauled in a 49-yard hail mary from Paul Herrera to give SMSU a 14-7 halftime lead as time expired. He finished the game with a career-high four catches for 67 yards as the Mustangs won, 21-17.

“It was a great feeling to know that all the hard work I have been putting in contributed to the win,” Jaeschke said. “We have continued to improve throughout the season even though our team has faced several injuries. Those injuries have allowed some other players to get into the game and show that they have to offer.”

A redshirt sophomore, Jaeschke is a member of both the Mustang offense at wide receiver and on special teams. Last year, he saw action in eight games on special teams, making seven tackles and recovering a fumble.

“I feel more comfortable with the offense,” he said. “It has also given me the chance to know what the coaches expect out of me and develop chemistry with my teammates.”

He finished his Jaguar career with 100 receptions for 1,829 yards and scored 26 receiving touchdowns. Jaeschke accounted for 114 points as a senior and also played basketball and baseball.

“(College football) is much faster,” Jaeschke said of his transition. “And there is an increase in the level of competition of players both from teammates and opposing teams.”