Gaels, Cougars battle on the gridiron 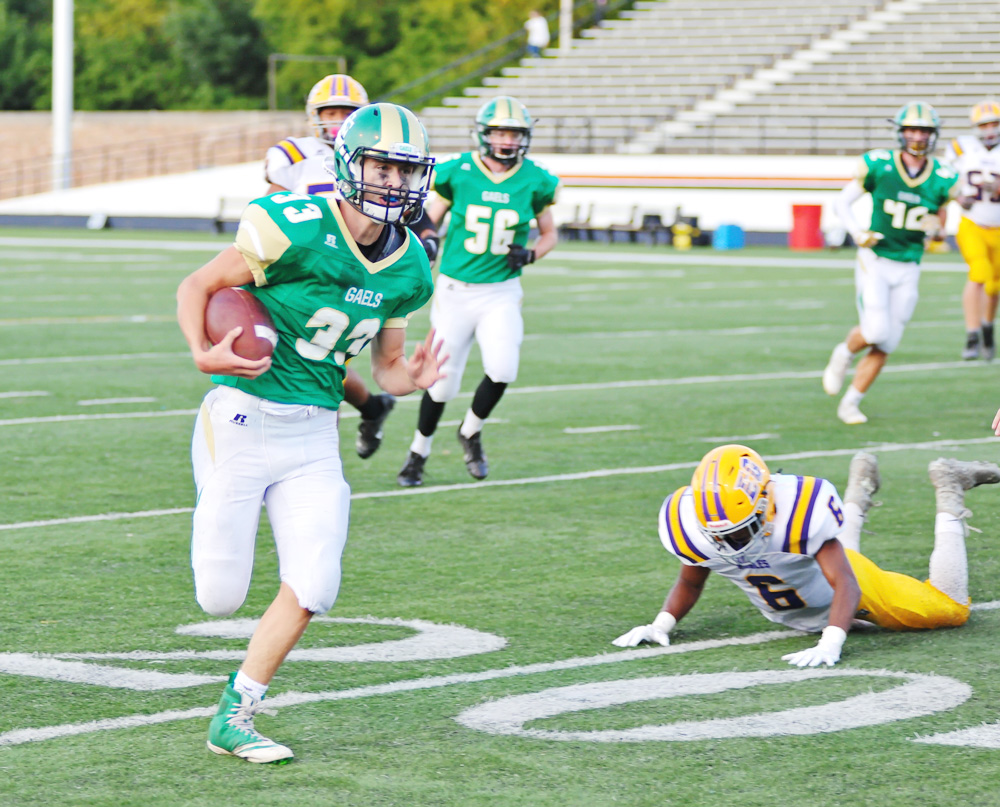 MANSON — Plenty of bragging rights will be on the line here Friday night as the Highway 7 battle between St. Edmond and Manson Northwest Webster hits the gridiron.

“It doesn’t matter the records in this one,” said MNW head coach Jeff Anliker, who previously was the head coach at St. Edmond. “It’s fun for everybody involved. The kids enjoy it, the coaches get excited for it. Two years ago when the schedules came out and we saw St. Edmond for Week 9, we knew it was going to be a lot of fun.”

Drew Schaeffer leads the district with seven passing touchdowns, as the junior has thrown for 734 yards. His seven TDs ties him for seventh on the school’s single-season charts.

An ankle injury, though, will sideline Schaeffer this week. Devon Wirtz will make his second start of the season in place of Schaeffer.

“Devon had a really good week of practice,” SEHS head coach Matt Dillon said. “He played five junior varsity games this year and has some experience from earlier this season as well. He has a lot more confidence in himself and the team is confident in what he can do.”

Junior Parker Oswald, leads the district with 275 yards receiving on 22 receptions, scoring twice. Kase Baker, another 11th-grader, has 19 catches for 267 yards with three TDs in the air and five more on the ground.

Baker and junior Sean Flattery have a combined 46 yards rushing. Flattery has scored six rushing touchdowns. Baker is third in the district in total offense and Flattery ranks sixth.

“This is a big game for the kids,” Dillon said. “We want to finish the year with a win. Plus, the kids really enjoy competing against Manson Northwest Webster.”

Last year, Schaeffer stepped in at quarterback and hit Baker for the game-winning touchdown on fourth down in overtime to lift St. Edmond past Manson NW, 22-14.

Flattery is also second in the league with a team-high 67 tackles. Jackson Bemrich has 55.5 tackles and Nick Lawler 44. All three have two sacks each.

The Cougars snapped their six-game losing skid with a 29-12 victory over Ridge View. It was also their first district win in nine games.

“Getting that win in Week 1 was big for us,” Anliker said. “We’ve been so close several times this year, so to finally come through last week again gave us a lot of momentum. We’ve had a great week of practice and the added excitement of playing St. Edmond really has us focused.”

Senior Austin Anliker threw for 177 yards and had three total touchdowns, as Brayden Johll ran for 126 yards and also found the end zone.

Anliker completed 72 percent of his passes, hitting Tate Bianchi and Kadin Birkey four times each. Bianchi had 57 and a score, Birkey had 35 yards, Lucas Walsh caught two passes for 55 and Johll had two receptions.

Brody Anderson and Carson Bower each had a sack, Chris Krueger had a fumble recovery and an interception on defense as Manson NW held the Raptors to 246 total yards.

Anliker has 802 yards passing and six total touchdowns on the year, with Johll running for 592 and three scores. Bianchi has 31 receptions, Birkey 22 and both have over 200 yards receiving.

John Schuttler anchors the defense with 55.5 tackles, Brody Anderson has a team-high 10 solo tackles for loss and Birkey has six interceptions. Birkey, a senior, is tied for 10th in the state in picks and tied for third in Class A.