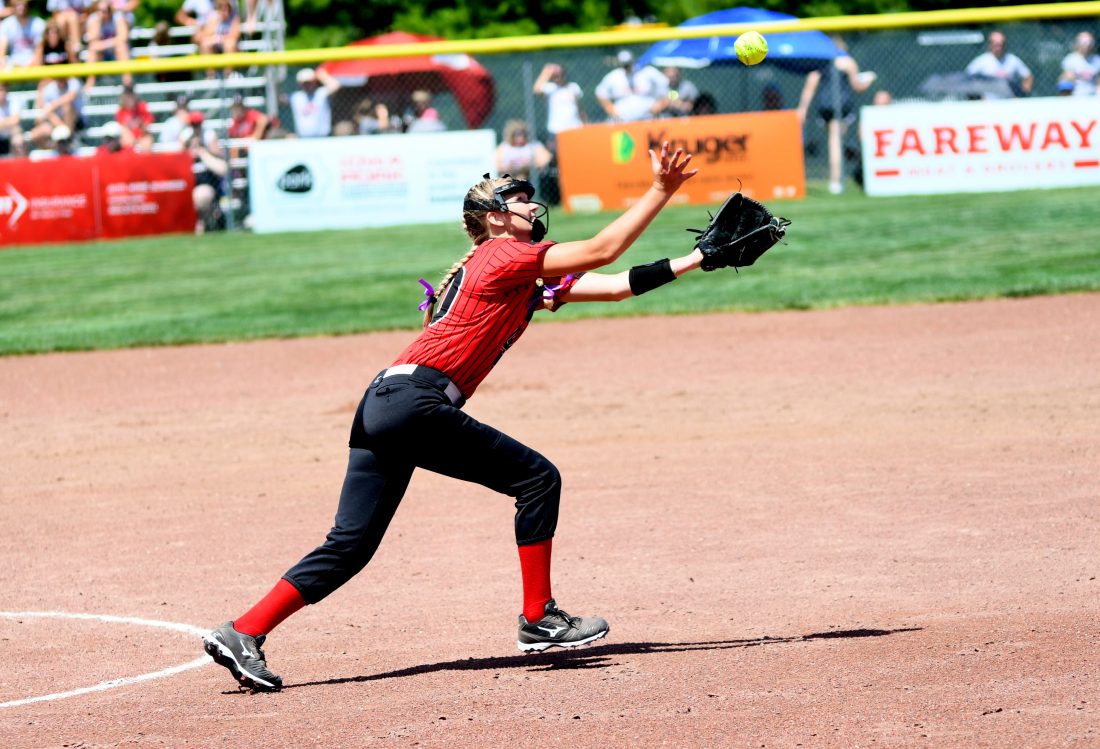 —Messenger photo by Britt Kudla Lisbon’s Skylar Sadler catches a pop up against Wayne during a Class 1A quarterfinal on Monday at Rogers Park. For more photos, visit CU at messengernews.net

A sunny day was a welcome attraction on the opening day of the state softball tournament at Rogers Park.

Lisbon benefitted from it more than any other team though.

The second-ranked Lions broke up a scoreless contest in the fourth inning and then kept unranked Wayne silent for the most part at the plate to claim a 1-0 victory in a Class 1A quarterfinal game on Kruger Seeds Field.

Sam Schrantz scored the game’s only run when she raced home from second on a bloop base hit to center field off the bat of Sam Bennett with two outs in the fourth.

“It felt great hitting the ball knowing that I had two strikes on me,” Bennett said.

The bright sky helped Schrantz reach base. With one out, she popped the ball up on the infield in front of the pitcher’s circle.

Wayne hurler Sterling Berndt was in position to make the catch, but lost the ball in the sun moments.

Bennett’s base hit landed in shallow center field, just out of the reach of a sliding Raegan Tilley.

Close, low-scoring games are nothing new for the Lions (33-6). They were forced to survive a 13-inning, 1-0 marathon over Belle Plaine in the regional final just to get back to state, where they placed third a season ago.

“In the regional finals we went 13 innings before we scored, so I had all the trust in my team and they have that trust in me. We weren’t worried,” Sadler, who walked three and struck out six, said. “We knew we had to keep attacking and go out with no regrets.”

Sadler was touched for four hits, two of them coming off the bat of Berndt, who singled in the first and fifth.

Mya Willey belted a one-out double down the left-field line for Wayne (23-9) in the seventh. With two outs, Lisbon elected to intentionally walk Berndt and the moved paid off, as Sadler induced a fly ball to shallow right by Tilley to end the game.

“(Berndt) is really good, so we knew we had to adjust and go to the next batter,” Sadler said. “It feels great (to win in the quarterfinals). Last year we were just happy we got here, but this year we’re all digging for more. A state championship would be great.”

Berndt was the tough-luck loser after giving up just three hits. She kept Lisbon off-balance with her change-up and struck out four.

Wayne dropped into today’s consolation round against ninth-ranked Bishop Garrigan (29-7) at 11:30 a.m. 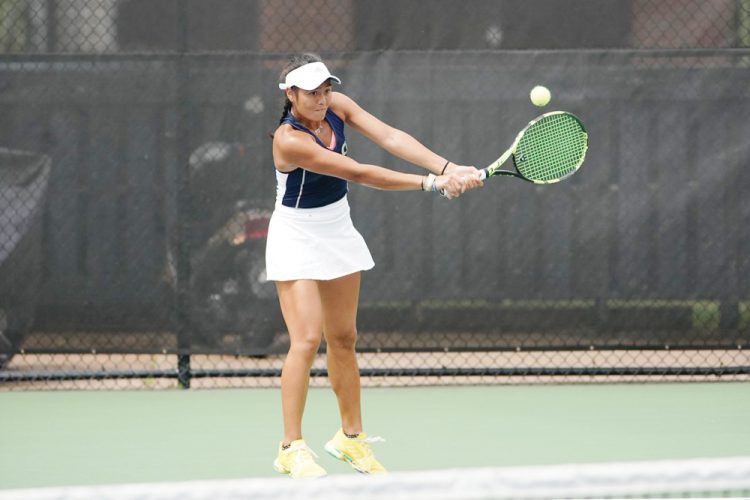 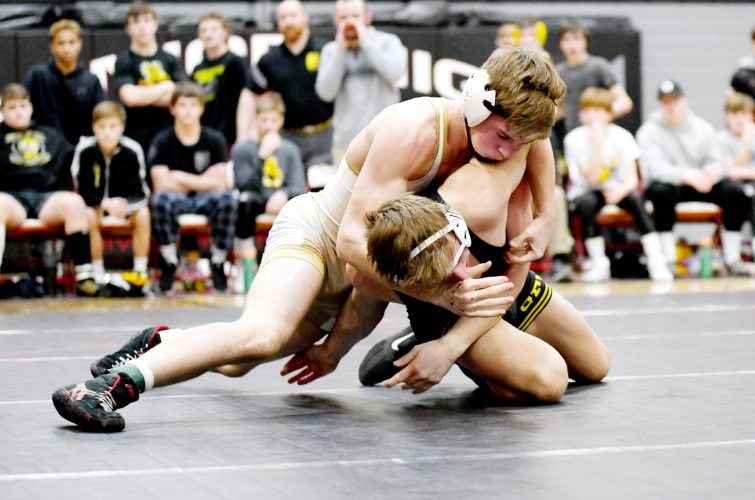