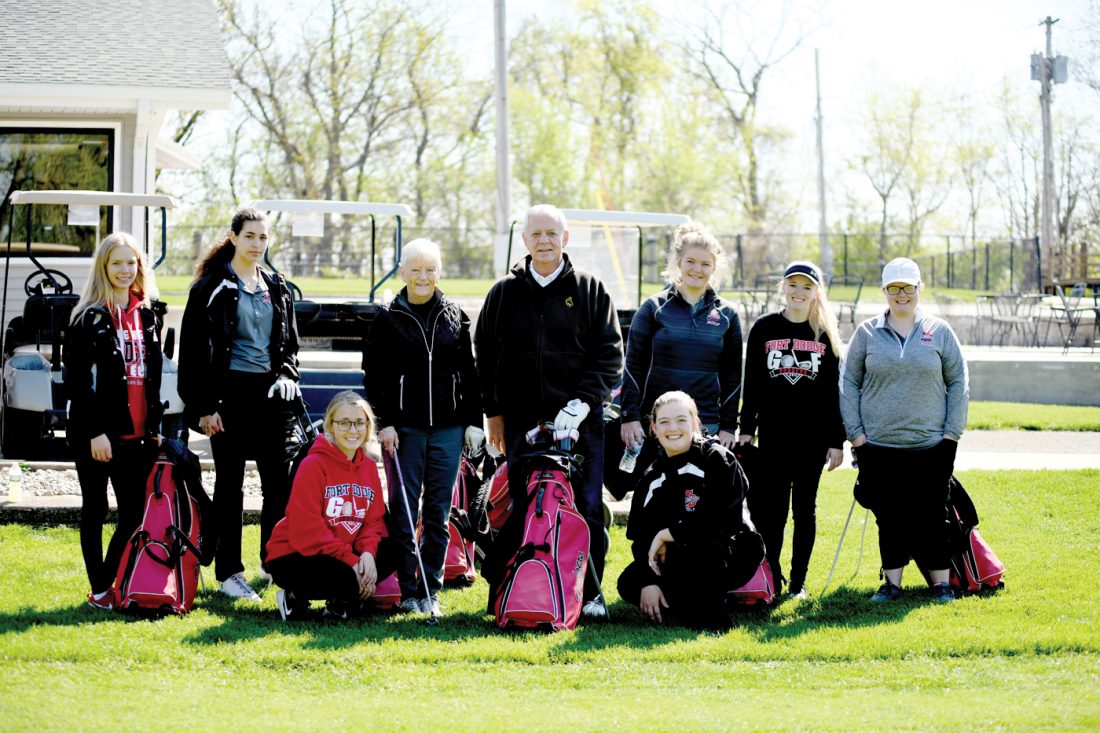 Taylor Balsley of Ames was first with an 85, with teammate Megan Reisselman finishing second with an 88 and Treep right behind at 89. The Little Cyclones ran away with the team title, firing a 371.

Treep had four pars on the front nine at the Country Club, carding a 44, with a birdie and a par on the back to help fuel a 45.

“Anne struggled controlling her shots, but she had some great recovery,” FDSH head coach Dave Louk said. “I think she was a little upset with herself knowing she could have played better and could have taken the top spot.

“But with her talent and focus, I know she’ll get back on track next week.”

“Makayla was in the mid-50s for both her front and back nine scores,” Louk said. “Alexis, Estella and Taylor all had their low scores for 18 holes.”

Former Fort Dodge Senior High head wrestling coach and athletic director, Don Miller, began the event with a ceremonial tee shot. Miller and his wife, Bonnie, were both honored as former Dodger administrators and strong influences on the golfing community through the years.

“It was an honor,” Don Miller said. “We had a lot of fun interacting with the kids. We talked about 10 things the game of golf can do for you.

“There are so many other golfers from this community who could really connect the rich and storied history of the game to its future here in Fort Dodge. We were just flattered to be included.”

Fort Dodge returns to action Thursday at the CIML Iowa Conference meet hosted by Mason City. They will host a Class 4A regional contest next Monday back here at the Fort Dodge Country Club.