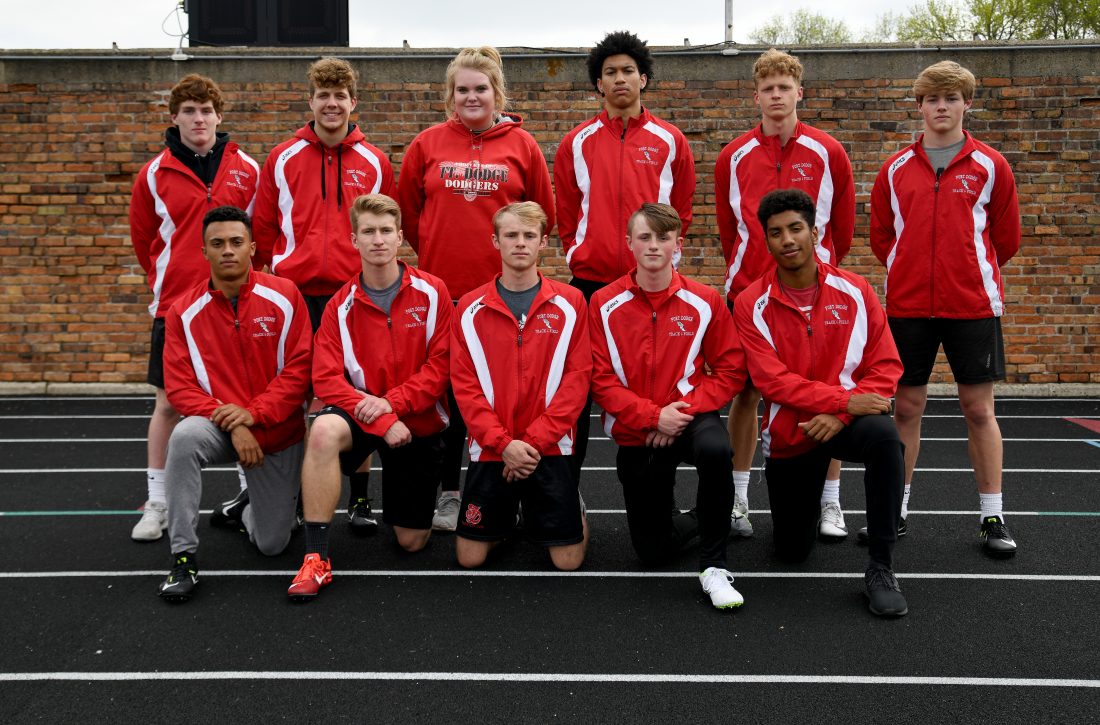 DES MOINES — Kacee Gollob knew she didn’t want to let her final chance to compete for Fort Dodge slip through the cracks.

So, the Iowa Central volleyball commit elected to return to track for her senior season.

The decision paid off by qualifying for the Class 4A shot put here on Friday inside Drake Stadium. Gollob will be joined by Tyler Schreier and four FDSH relays on the boys’ side at the co-ed state meet.

After more than a decade of playing soccer, Gollob’s previous injuries forced her to give up the sport. She gave track another go for the first time since middle school.

“I did not expect to make state at all,” Gollob said. “I was hoping to, but not really expecting it. I played soccer for 12 years before this, but with my injuries, I couldn’t run anymore (on the soccer field).”

Gollob finished in the Top-5 at districts last week with a personal-best throw of 35-8.5. She also did the discus this spring for Dodger head coach Todd Constable.

“I wanted to be in a sport where I didn’t have to run as much,” Gollob said. “And, I wanted to be able to hang out with my friends and enjoy my final year of high school.”

As for her expectations for state, Gollob said, “I am hoping to throw as well as I did at districts and place.”

Schreier will have a busy state meet, as the sophomore is set to compete in the 100-meter dash and on three relays as well. Juniors Tysen Kershaw and Brycen Bell are also on three of the four Dodger relays, with junior Asle Thorson and sophomore Sam Daniel running on two of them.

“It has been extremely thrilling running on these relays,” Bell said. “All of these guys on the relays have worked very hard to get to where we are right now.

“We all know now that we can compete with any team in the state and it is just a good feeling that we all have.”

“Our confidence has grown a lot over the past two meets (districts and CIML Iowa Conference),” Bell said. “We never really knew how good we could actually be, and now knowing that we are good enough to run with the big schools. Beating them shot our confidence up going into state.

“The goal is to go out and run our best and compete with all the teams and see where that takes us. Also, to bring some medals back to Fort Dodge.”

Sophomores James Daniel and Tyler Kasperbauer will be alternates for the relays.