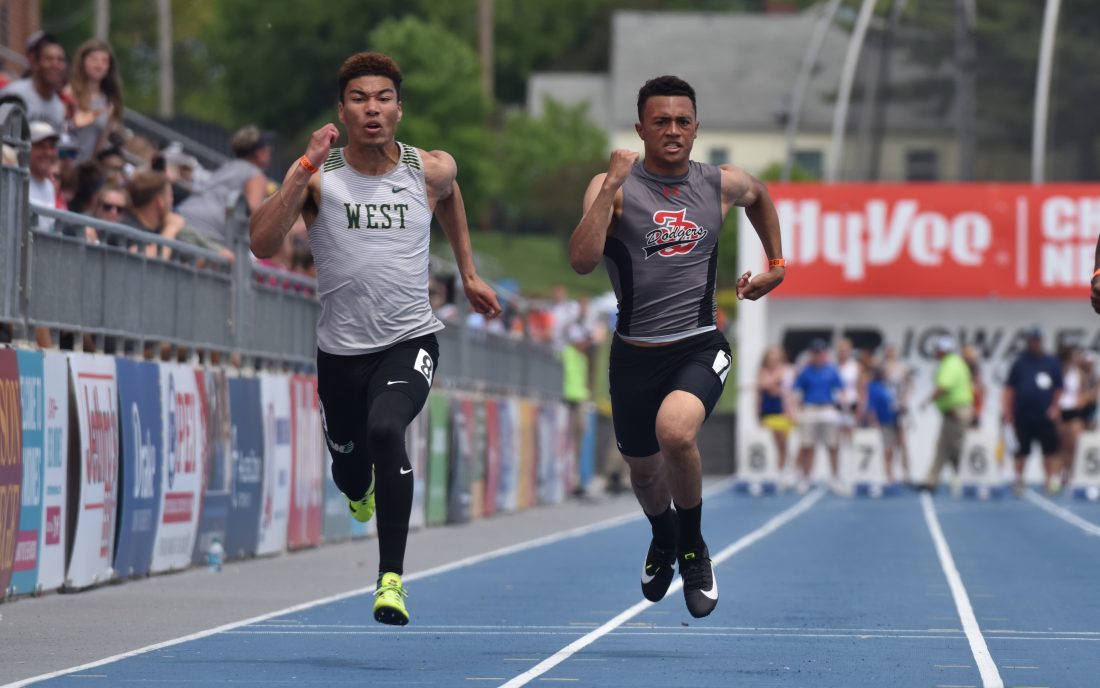 DES MOINES — The Fort Dodge boys track team finished off their state meet with two more medals to add to the collection.

Tyler Schreier was eighth in the Class 4A 100-meter dash, with the FDSH 4×100 relay placed eighth here Saturday inside Drake Stadium.

Schreier, Brycen Bell, Sam Daniel and Tysen Kershaw comprised the relay, which clocked a time of 43.17.

“As a team, we started off really strong,” said Kershaw, who was also on the distance medley with Schreier and Bell that finished fifth. “Even though we didn’t finish as well as we’d wanted to, it was still a great way to end the season.”

Kershaw, a junior, admitted he was under the weather, but “we powered through it.”

West Des Moines Valley captured the 4×100 title in a state-record time of 41.68. The Dodger relay was the only one to make the finals comprised entirely of underclassmen.

“This week was really rewarding,” Schreier said. “It gives me hope that my senior year, I could be a state champion in the 100 because not only did I run against seniors, I was the only sophomore that qualified for the finals of the 100.

“It shows me what I (need to do to reach) a solo state title.”

Schreier and Daniel are just sophomores, with Bell and Kershaw set to complete their junior years. Fort Dodge will also return Asle Thorson from the medley relay and 4×200.

“We’re looking forward to building off of this year into next,” Kershaw said. “Not losing any seniors (off the relay) is a big plus.”

Daniel, Bell, Schreier and Kershaw placed 16th in the sprint medley with a time of 1:36.04.

The Dodgers placed 23rd overall in the team standings with six points. Valley was first, followed by Ames and Waukee as the CIML swept the Top-3 places.