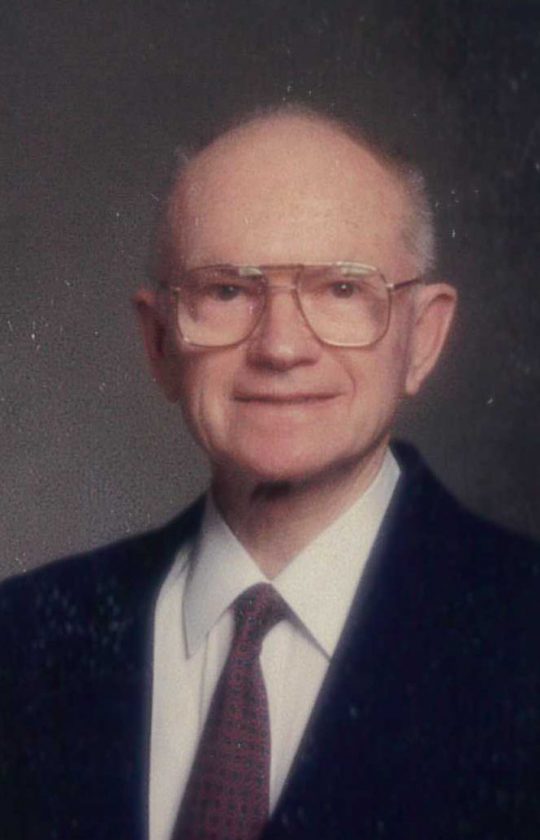 Funeral services will be 10:00 a.m. Saturday, October 12, 2019 at Laufersweiler-Sievers Funeral Home and then 10:30 a.m. at Corpus Christi Church with Msgr. Kevin McCoy officiating the Mass of Christian Burial. Burial will follow at Corpus Christi Cemetery with military rites presented by the VFW Post 1856. A visitation will be 4 to 7 p.m. Friday, October 11, 2019 at the funeral home.

He was preceded in death by his parents, Andrew and Mae (Todd) Moore; wife, Edna; brothers, Tom and Robert.

John “Andy” Moore was born February 18, 1919 in Fort Dodge. John was raised in Fort Dodge and graduated from FDSH in 1937. He owned and operated a 7 Up Distributor in Spencer after graduation. He was first enlisted in the National Guard before joining the Navy in 1942 and served during WWII for 45 months until his honorable discharge.

He then was united in marriage to Edna Jensen at Corpus Christi Church on February 21, 1947. The couple made their home in Fort Dodge. John first was employed with the Fort Dodge Dental Labs before owning and operating Uncle John’s Grocery Store for ten years. In 1959, Andy became a partner in Sorensen and Moore Reality, which he operated until retiring in 1986. He was a member of the American Legion and Holy Trinity Parish.