-Messenger photo by Chad Thompson
Hy-Vee Regal stamp saver books were very popular at one time, David Morrow recalls during his 50 years of working at Hy-Vee. Morrow said the store used to have double stamp days on Wednesdays. “People would collect stamps bring them in and get a premium,” Morrow said. This stamp hangs in Morrow’s backroom office at the store. 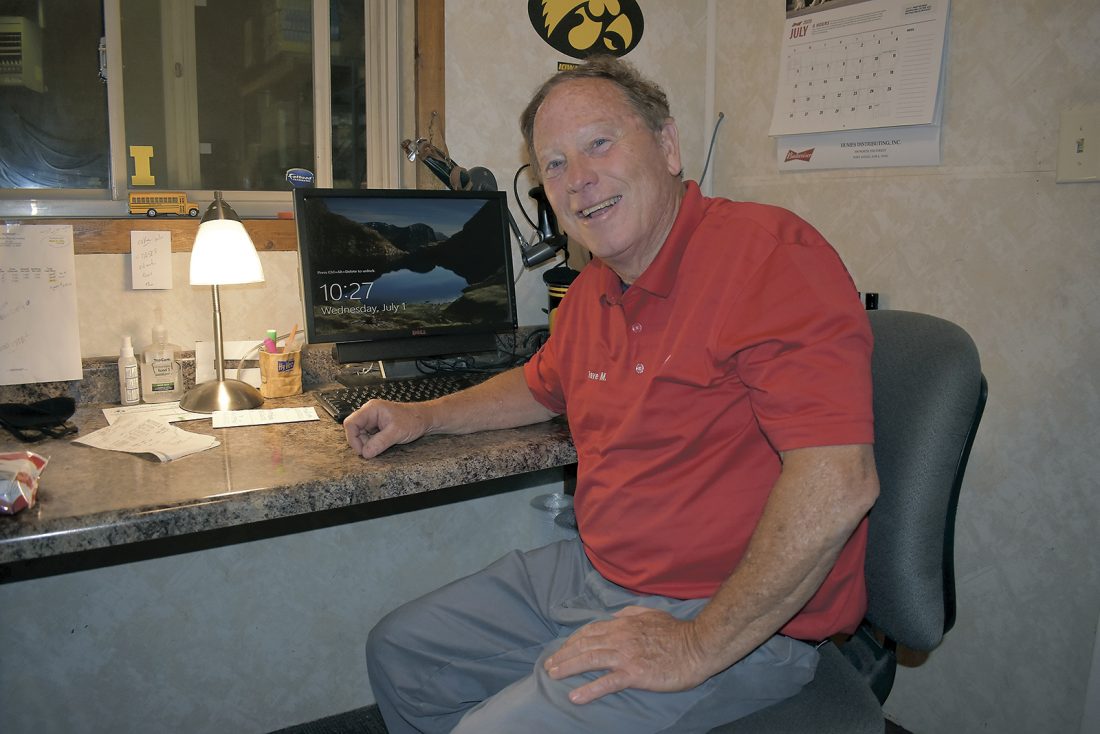 “I think I probably started out at $3.25 (per hour),” Morrow said from his backroom office on Wednesday, where he has spent much of his time at the store. “I think Hy-Vee was probably one of the better paying positions at that time.”

It’s been a few years since that time.

Morrow started working at the Hy-Vee in the 1960s, when it was located on South 25th Street.

“My dad (Robert) started working for Hy-Vee when we first came to town in 1964,” Morrow said. “I started working part-time for something to do in high school and just kept working. Never quit.” 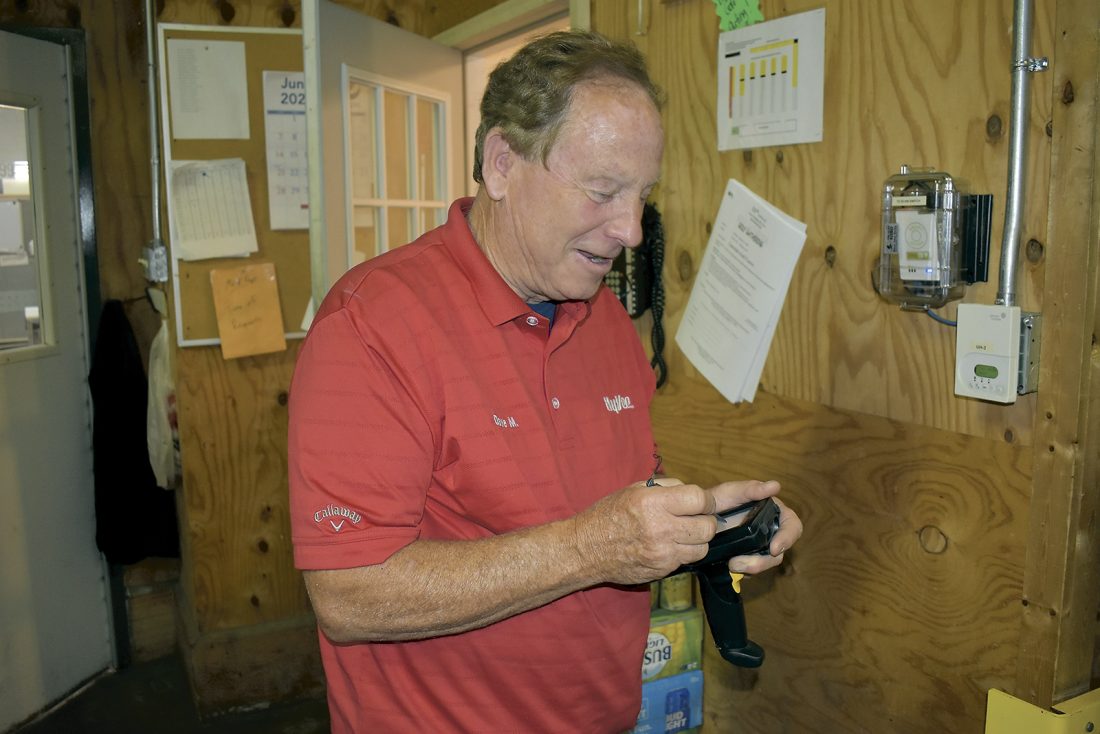 Today is Morrow’s last day working for Hy-Vee. He’s been employed since 1969 when he began as a shift manager.

“When I got out of high school, I went to Iowa Central for two years,” Morrow said. “They (Hy-Vee) offered me a full-time job, so I took it.”

Since then, he’s seen and done a little of almost everything inside the store.

“I think I’ve done about everything there is to be done,” Morrow said. “Haven’t worked in the pharmacy or deli or bakery, but everything else I probably did a little of everything.”

Morrow moved to the meat department as a meat clerk in 1985. In 2001, he took on the role of price data specialist. In that position, he checks vendors as they come to the store and puts their invoices into the computer system. 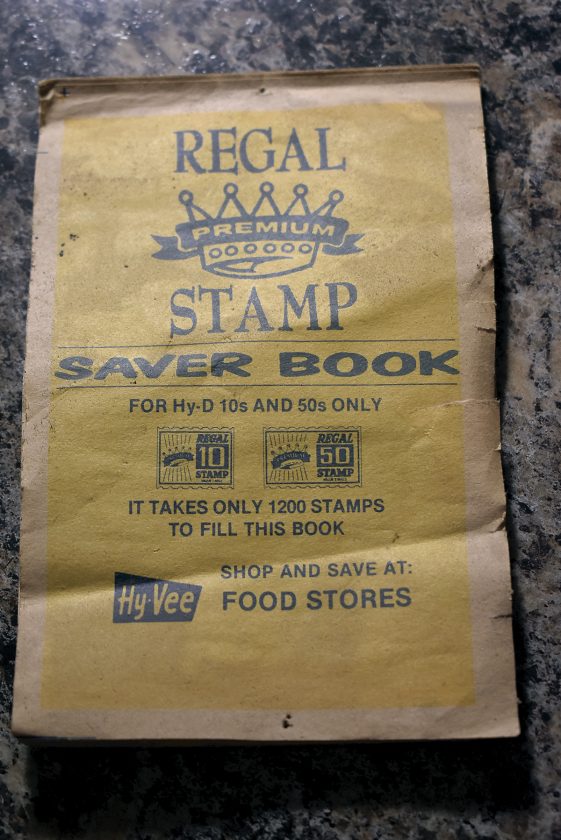 -Messenger photo by Chad Thompson
Hy-Vee Regal stamp saver books were very popular at one time, David Morrow recalls during his 50 years of working at Hy-Vee. Morrow said the store used to have double stamp days on Wednesdays. “People would collect stamps bring them in and get a premium,” Morrow said. This stamp hangs in Morrow’s backroom office at the store.

He sees a lot of product come and go.

“A person would really be amazed at all the product you go through in a grocery store in a week’s time,” Morrow said. “Amazing all of what comes in the back door. We have had times where we have sold more Pepsi in a month than any store in Iowa.”

“I am kind of a morning person,” he said. “Always have been. Best part of the day.”

However, he isn’t much of a coffee drinker.

“I usually eat my toast and have my orange juice before I come to work, and away I go,” he said.

The company probably wouldn’t argue with Morrow’s regimen. He’s had one sick day throughout his entire career.

“Dave has done an outstanding job in his career at Hy-Vee,” Flaherty said. “Dave will be missed by his co-workers and customers that he has met over the years.”

Flaherty said Morrow was actually one of the first employees he can remember working with.

“While stocking shelves with Dave and his brother, Jay, they were instrumental in teaching me about Hy-Vee, our fundamentals and the right way to treat customers,” Flaherty said. “I have a lot of respect for Dave. I am truly blessed to have worked with him and wish him all the happiness in his retirement.”

Through the decades, Morrow experienced counting inventory with hand calculators to moving to a digitized system.

“Now everything is computerized and with the push of a button tell you what you have in the store,” he said. “You used to have to manually do it.”

Filling the shelves used to be divided up between what were called aislemen.

“Each guy had one or two aisles and you ordered it,” Morrow said.

“The stores have gotten bigger and more diversified,” Morrow said. “When I first started all we sold was groceries. Now we have pharmacies and clothes and health markets and flowers. A giant variety of things I guess.”

Morrow has spent a lot of time in the backroom, loading and unloading product.

“I’ll get here and usually will end up unloading some semis we get in,” Morrow said. “We unload them and put them all in the middle and organize for each department.”

“Back in the day we would unload everything by hand,” he said. “Now it’s all done with fork lifts or pallet jacks.”

Hanging on the wall in Morrow’s office was a Hy-Vee Regal stamp saver book.

“I could remember when we had these Regal stamps,” he said. “We used to have double stamp days Wednesdays. People would collect stamps, bring them in and get a premium.”

The equivalent to that today is the Hy-Vee Fuel Saver program.

Morrow witnessed many changes in the store and on the shelves, but one thing stayed pretty constant.

“I really enjoy the people,” Morrow said. “Customers and I really like the people I work with and enjoy coming to work.”

He never had a reason to leave.

“I just liked what I was doing, liked the company I worked for,” he said. “Didn’t get rich but not poor, either. I have met a lot of good friends over the years.”

Although 50 years may seem like a long time to some, Morrow said the time flew by.

“A quick ride, I guess,” he said. “It seems like yesterday I started.”

His leaving marks the end of an era.

“When I leave Friday (today), it will be the first time a Morrow hasn’t worked at a Hy-Vee since Hy-Vee has been in Fort Dodge,” he said. 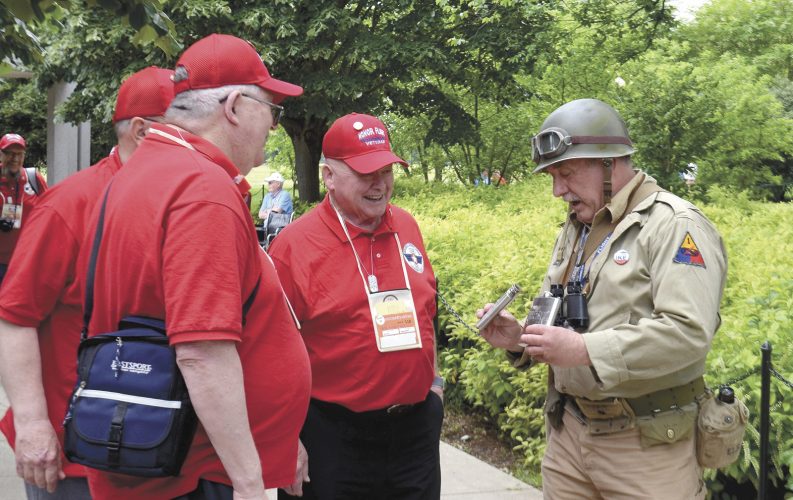 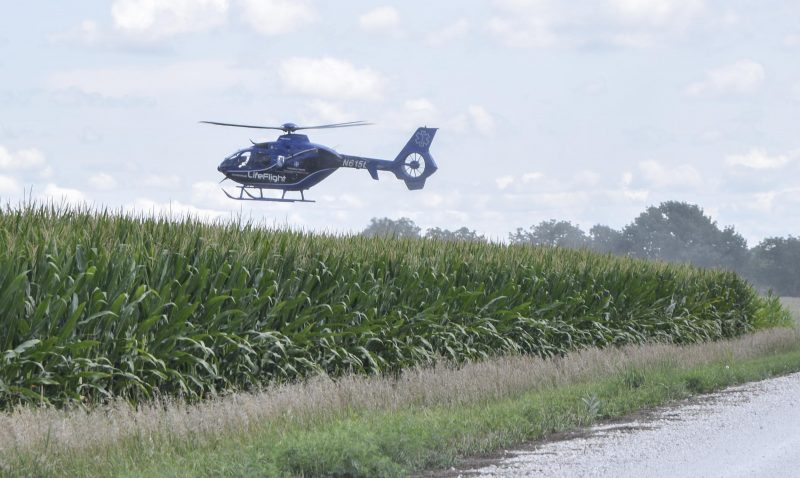