The Iowa Central Community College Board of Directors passed a resolution authorizing the refinancing of two general obligation bonds the school currently has, which will save taxpayers nearly $400,000 over the life of the bonds.

The bonds were initially sold in 2008 and 2009, said Angie Martin, associate vice president for business affairs at Iowa Central. Those bonds then were refunded, or refinanced, in 2012 and 2013. This third refinancing will combine the two bonds into one, which will have an even lower interest rate.

The board of directors voted unanimously to approve the sale of the bonds to D.A. Davidson Company, of Des Moines, at an interest rate of 1.3255%.

“When we’re refunding it, you’re getting a better interest rate,” Martin said. “So the principal, as well as the total cost of the bonds for the remaining life of them to pay back is less with the refinancing.”

When the college first looked into refinancing the bonds last fall, they aimed for a 3% savings off the costs of the bonds. With this refinancing agreement, the college is receiving 3.594% in savings.

The college’s goal with refinancing these general obligation bonds is to be “good stewards” of the taxpayers’ money, Martin said.

“That’s our job, to try to keep expenses to a minimum,” board member Larry Hecht added.

During the meeting, the board also set a public hearing date for the 2020-2021 Iowa Central budget. The public hearing will be at 5 p.m. on Tuesday, March 10, in the conference room at the Triton Cafe. 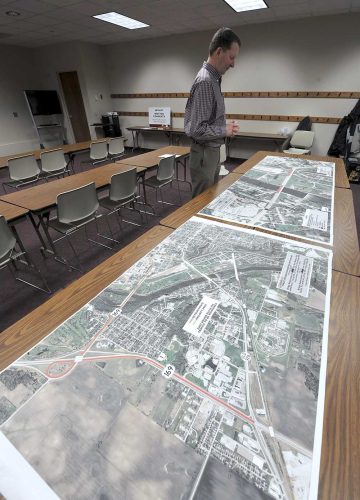