Tritons to rely on experience, balance 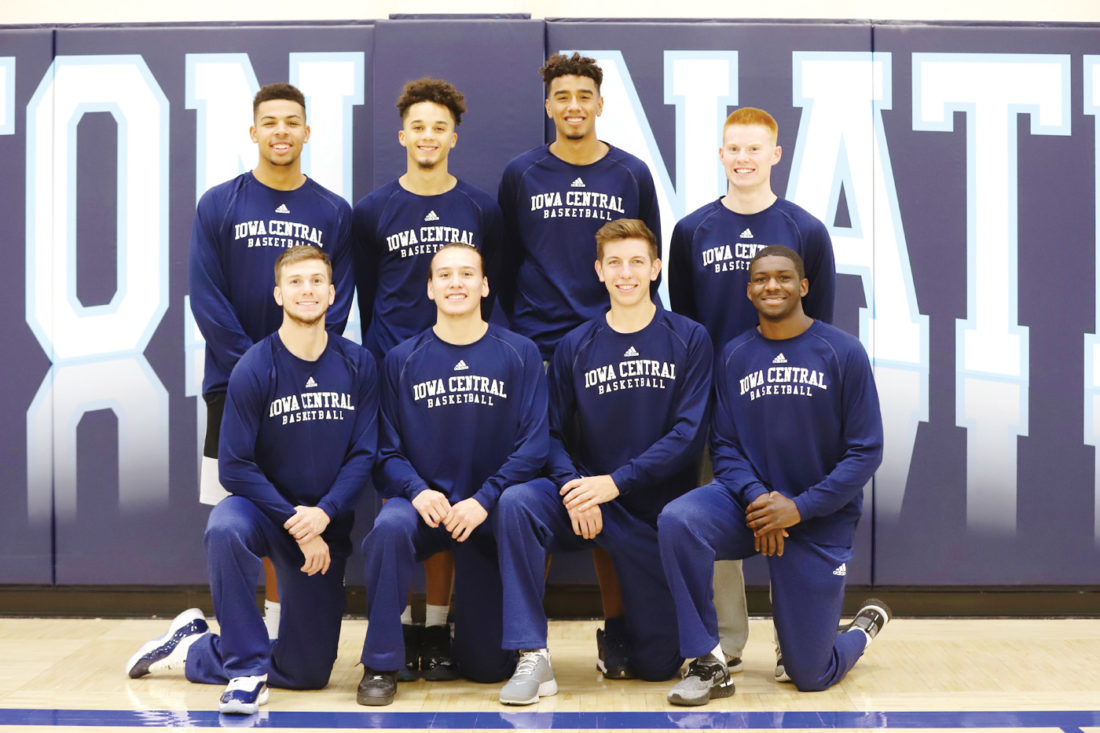 In his fourth decade on the sidelines as Iowa Central head men’s basketball coach, Dennis Pilcher has a group of returning sophomores anxious to take the team to the next level.

The Tritons went 21-12 last year and made a run to the Region XI championship before falling to Southwestern. That team was led by NJCAA Div. II Player of the Year Tray Croft, who is taking a redshirt year with the University of Northern Iowa this season.

So while Croft must be replaced, Pilcher has returning starters Collin Shannon, Royshawn Webb and Dallas Bailey back, along with several other key contributors in the fold.

“It’s been a pretty good preseason for us,” Pilcher said. “Practice has been easier because of all the sophomores coming in with an understanding of what we want to do.”

“We’ll be a more balanced team this year,” Pilcher said. “With Tray, I can’t remember having someone average as many points per game for me as he did. We tend to be pretty balanced, and I can see us being that way this season.

“Dallas is a guy that can go off for 20 to 25 points any night. Royshawn made the biggest improvement from the first day of practice to the end of the season of any player I’ve ever had, and Collin also made tremendous strides last year.”

“The sophomores are all hard-working kids,” Pilcher said. “Everybody can’t start, but those guys that come off the bench, they can make key contributions for us in several different areas.”

“Quintavius has some size and length, and he can run the floor,” Pilcher said. “Jacorian is a big kid from Alabama who has already made a lot of improvements. Bryce and Kendrick are two guys that can provide depth for us at the guard positions.

“Those freshmen have talent, but they need to continue to work on their skills and blend in.”

The Tritons begin ICCAC play Dec. 5 at home against Kirkwood. The Eagles are ranked fifth in the preseason poll, with Southwestern sixth and Iowa Lakes 20th.

Pilcher will be assisted by veteran coach Chad Helle and newcomer Ky Kramer.

“Ky’s been a big addition to the staff,” Pilcher said. “Along with Chad, they are both guys who are making big contributions to the program.”